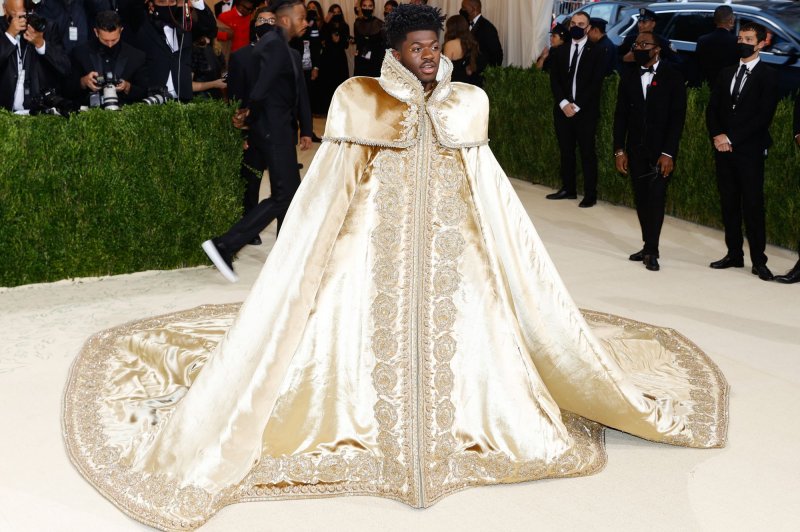 The 22-year-old singer and rapper shared a clip of “Am I Dreaming” featuring Cyrus on Thursday.

The song preview was accompanied by a video that shows a pastel-colored fantasy world.

“Every song, every dream filled with hell from beyond / As I’m sinking, I relive the story / Every try, every breakthrough, and every cry,” Lil Nas X sings.

Montero features the singles “Montero (Call Me by Your Name),” “Sun Goes Down” and “Industry Baby.” It also includes collaborations with Doja Cat, Elton John and Megan Thee Stallion.

Lil Nas X has been teasing the album with a series of pregnancy-themed posts. He wore a baby bump while celebrating at his “baby shower” Wednesday and said Thursday that he was “having contractions.”

“I think the baby’s coming,” Lil Nas X said in a video on Instagram.

Lil Nas X was bumpless when he attended the Met Gala on Monday. He was also bumpless while attending the MTV Video Music Awards on Sunday, where he was the night’s big winner.

In addition to releasing his album, Lil Nas X will have a guest role in Disney+’s forthcoming revival of The Proud Family.

“My husband did no wrong, take him to court if you want” – Jesus Ahoufe’s wife accuses police [Video] » ™

Africa’s greatest assets must be helped to succeed