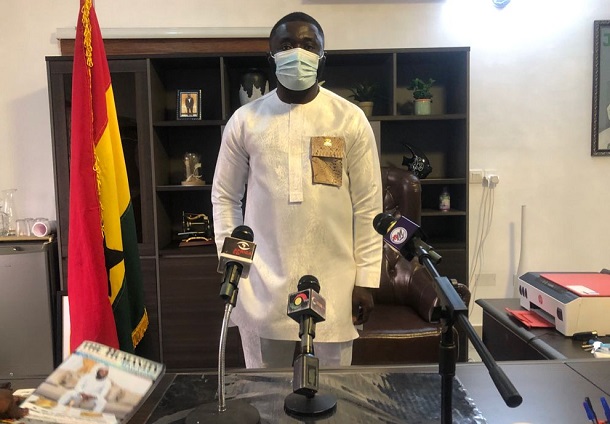 A Ghanaian businessman, Mr. Jibril Mohammed known for shaping the real estate industry has developed plans to invest in the agricultural sector.

Speaking in an interview at the Group’s head office in East Legon, Mr. Jibril expressed his worry over the mass importation of growable crops including meat and chicken that can otherwise be produced in Ghana, stressing that “Ghana is currently reeling on mass unemployment, so therefore the more we import foods the more we create employment avenues for nationals of foreign countries.”

He noted that he would venture into agro, livestock and poultry farming as a way of empowering the unemployed youth into agriculture.

Mr. Jibril Mohammed was praised for providing numerous employment avenues through the real estate sector, the philanthropist called on the government and stakeholders to make the agricultural industry more attractive by adopting strategic measures so as to attract local and foreign investors.

He revealed that agriculture is the only sector that can empower more than half of any population.

On his part, the spokesman for youth in Agriculture, Mr. Iddi Adamu appealed to the government to provide subsidies for poultry farmers, particularly poultry feeds to save poultry farming from collapsing.

He further warned against importation of frozen chicken and meat.