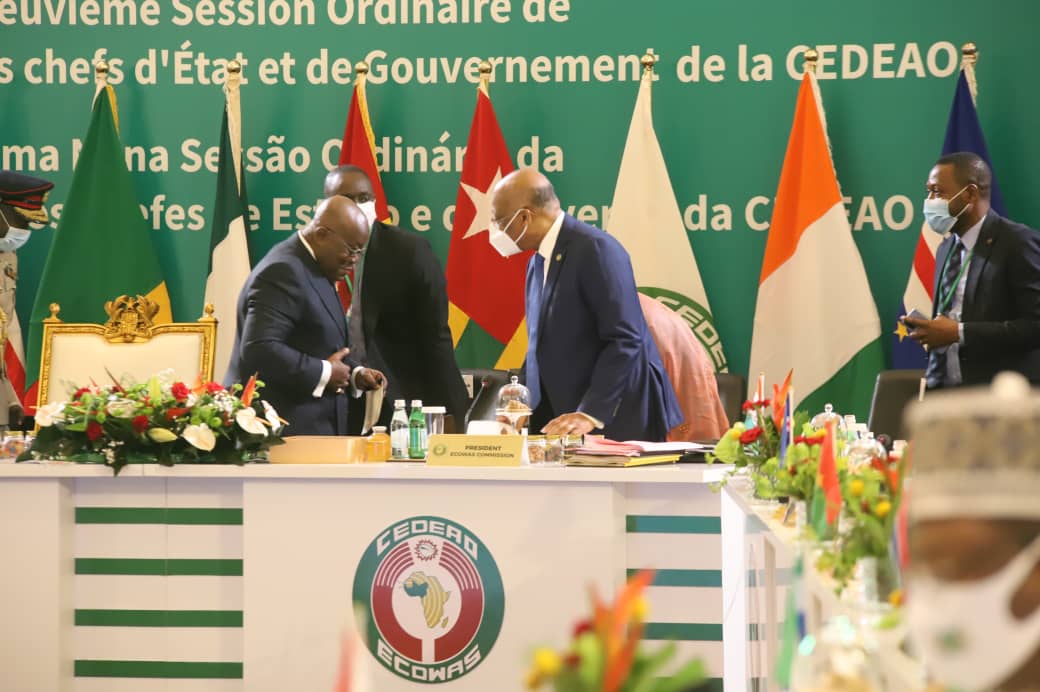 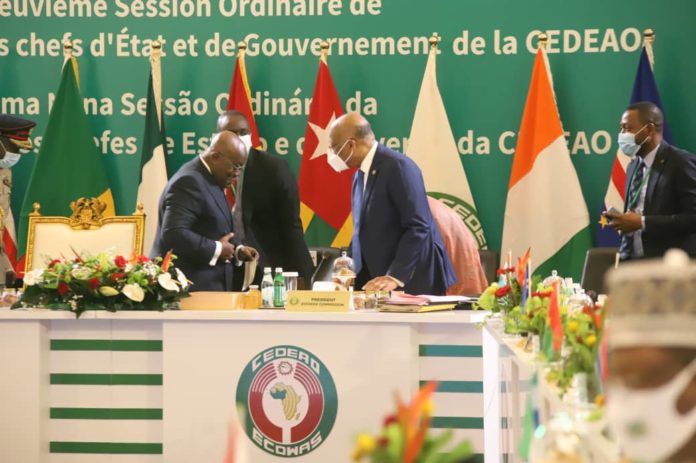 The Economic Community of West African States (ECOWAS) has given the military rulers in Guinea six months to return the country to constitutional order.

The Authority of Heads of State and Government of ECOWAS, Chaired by President Nana Addo-Dankwa Dankwa Akufo-Addo, took the decision at the sub -regional body’s Extraordinary Summit held in Accra Thursday.

ECOWAS has imposed travel ban on the military leaders as well as their family members and supporters and frozen the financial assets of members of the military junta.

The President of the ECOWAS Commission, Jean-Claude Kissie Brou, told the media after the Summit that the decisions of the ECOWAS Authority would be communicated officially to the military rulers.

He said ECOWAS is concerned about the seeming political instability in the region and had decided to revisit it’s protocols on democracy and good governance to address the current situation.

On why the Commission failed to intervene when the political issues began in Guinea, the President of the Commission noted that ECOWAS took steps before, during and after the crisis.

He added that there were several stakeholder engagements which involved the political parties in Guinea when the issues began.

He stated further that at the peak of the COVID-19 pandemic, the Commission held virtual meetings with the stakeholders involved, seeking to ensure that the issue did not escalate.

He pointed out, however, that ECOWAS Is made up of sovereign countries who have the right to make their own decisions.

Present at the Summit were the Presidents of Togo, Cote d’Ivoire, Senegal, Burkina Faso, Liberia, Sierra Leone, Guinea Bissau and Niger. Nigeria was represented by its Vice President.