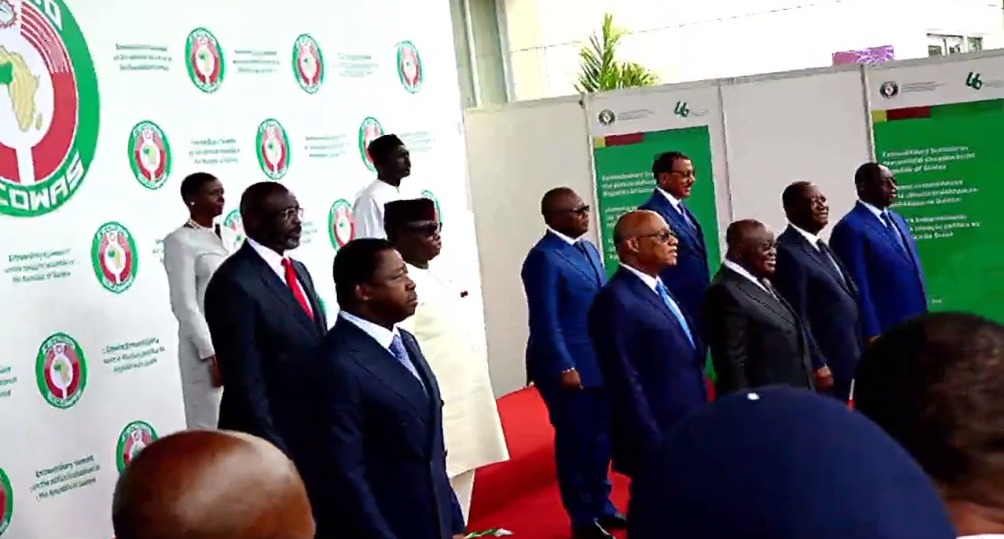 The Economic Community of West African States (ECOWAS) has imposed hefty sanctions on coup leaders in Guinea, the National Committee of Reconciliation and Development (NCRD) and their immediate family members.

The sanctions include a ban on their travel outside the country and a freeze of their bank accounts.

The decision was taken at Thursday’s extraordinary summit of the Authority of Heads of State and Government held in Accra on the political situation in Guinea and Mali.

The ECOWAS leaders reiterated their demand for the immediate and unconditional release of deposed President Alpha Condé.

This measure, according to sources will not apply to invitations extended by ECOWAS, the African Union, the European Union and the United Nations.

Leaders of the military junta have also been asked to set up a political transition of a maximum duration of one (1) year.

They have demanded that a civilian be made to lead the referenced transition and the appointment of a facilitator by the President of the Commission to accompany the process of return to constitutional order.

Shatta Wale is set for his first court appearance today

My s∉xtαpε can never be leaked

I Was Under The Influence Of W.eed Toffee – Funnyface On Why He Abused Fadda Dickson And Adebayor