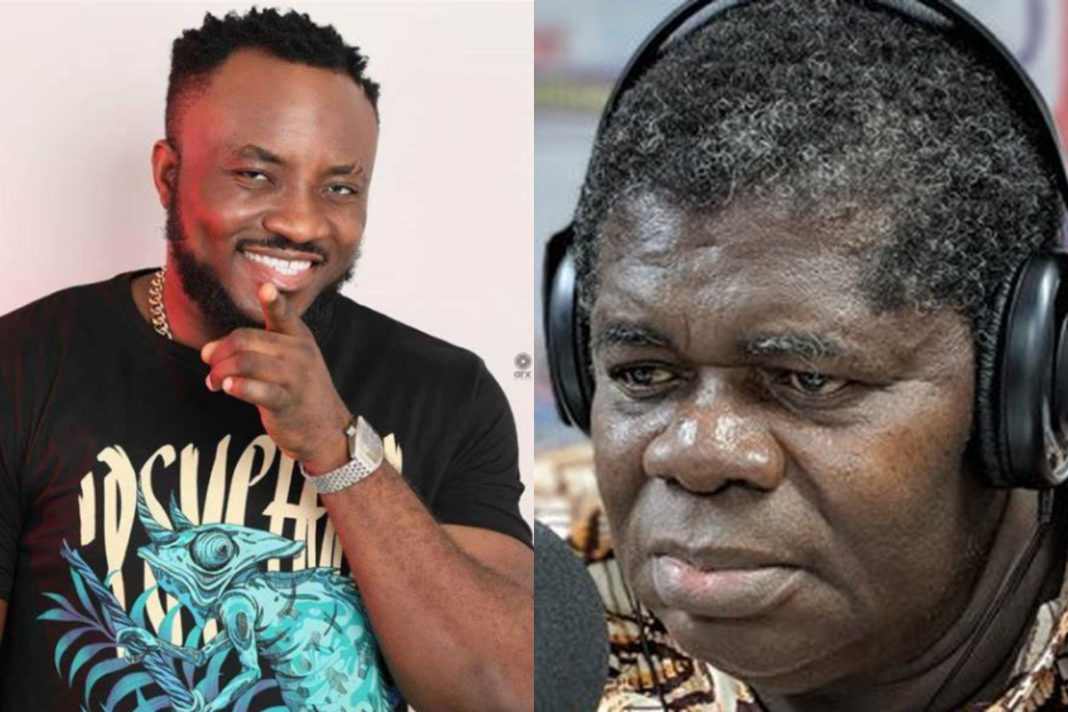 Ghanaian Comedian, Derrick Kobina Bonney, well known as DKB has advised the veteran actor, Psalm Adjeteyfio to make judicious use of the ¢20,000 given to him by the Vice President, Dr. Mahamudu Bawumia for his upkeep.

READ ALSO: “Apple Is Doing A Social Experiment To See If People Will Notice That They Haven’t Made Another iPhone Since The 6”-Kojo Cue Asserts

According to DKB, it is very disheartening to have such a celebrated personality begging for alms on social media. He describes his action as very embarrassing and as such, he needs to put a stop to it by investing some of the money he received from the Vice President into a business that will sustain for the rest of his life.

“Guys, I feel like saying this and putting this very important message across. You see the deploration situation our legendary actor, Psalm Adjeteyfio has found himself and the fact that he’s had generosity coming his way by virtue of the Vice President giving him GH¢50, 000. The GH¢20, 000 for upkeep and GH¢30,000 for his rent, he said.

DKB further stated that Psalm Adjeteyfio is making the creative industry look terrible on the account that most of their veterans always come out to beg for alms when they are in need.

He advised that Psalm Adjeteyfio must use the remaining ¢20,000 to invest into a Waakye or “Koko” business and with his brand name “T.T”, people will, by all means, promote whatever he sells.

“Please the GH¢20,00 if you are close to him, let him know that it is investment money, not money to live off… it’s enough embarrassment to come out and be talking about him needing help, calling people for help and doing interviews. It’s disheartening because it makes Creative Arts look bad. Now that he’s had 20, 000 he must invest it. He shouldn’t invest in transport or hospitality, he will regret. He should invest in basic necessities, simple waakye and koko (porridge) business. He has a brand name that is active, he can make it TT waakye business and TT Sobolo business and people will support,” he added.