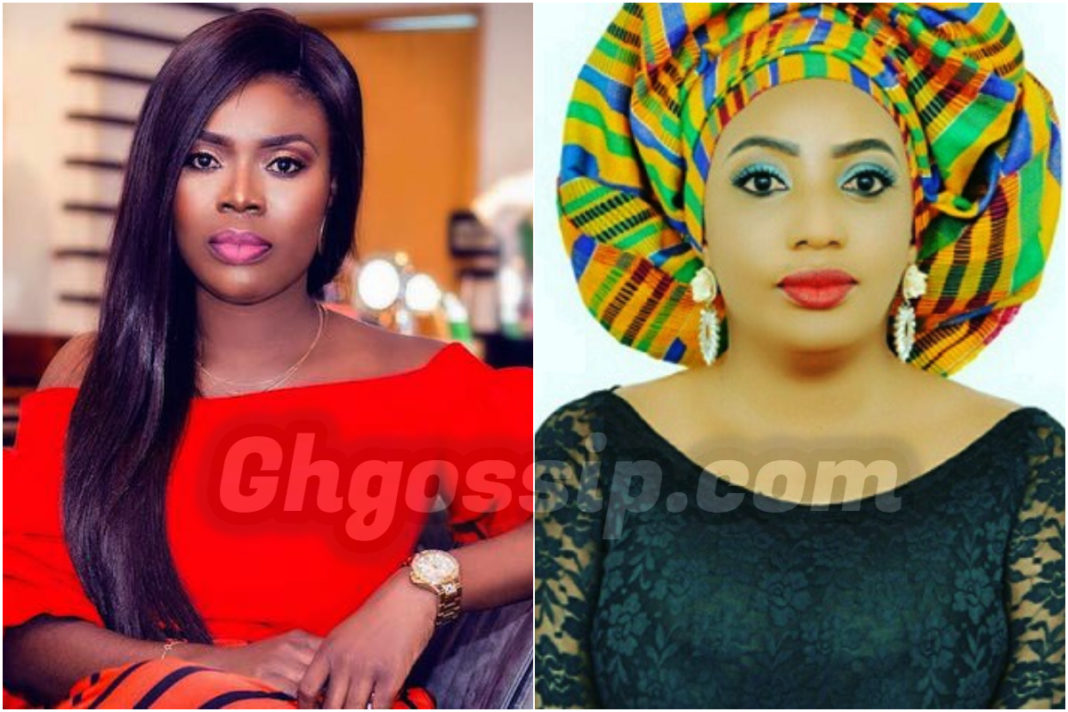 Socialite Diamond Appiah has hit back hard at Delay for stepping on her toes, directly and indirectly, calling her a little illiterate b!tch asking her to ask around about her.

Delay in an old video reacted to the personality of Diamond Appiah saying she plays too much because all that she claims to be in her Instagram bio can’t be seen anywhere and also replied their insult saying they can’t intimidate her.

Diamond Appiah has once again replied to the video of Delay insulting her for being a villager and a little illiterate b!tch telling her to ask about her because she has messed with the wrong person who wouldn’t let her go scott free.

Diamond Appiah then went ahead to brag about being in the game before Delay appearing she she started doing a radio job at the age of 14 when Delay was in Nkawkaw climbing trees and fighting others for what to eat.

READ ALSO: My Stomach Does Not Control My Mouth – Reno Omokri Replies A Fan Who Asked If He Would Join APC If Goodluck Jonathan Joins

Diamond Appiah then went ahead to accused Delay of sleeping with men at the top for a job as a presenter since she has no qualification as she compares her to some renowned presenters like Kwame Sefa saying he isn’t proud as her.

Diamond Appiah painted a picture that Delay despite sleeping with people for a job still has nothing to her name claiming she has no house in Accra and the cars she has been using are all rented cars as none of them belongs to her.