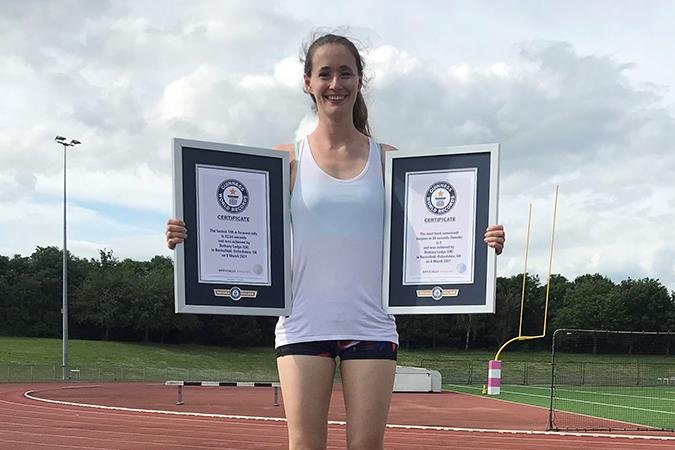 Sept. 17 (UPI) — A British scientist with a passion for gymnastics put her skills to the test by breaking two Guinness World Records: most back somersault burpees in 30 seconds and fastest 100 meter forward rolls.

Bethany Lodge, a biotechnology researcher for an Oxford, England, firm, said she decided to take on the two records as a means of motivating herself to keep fit while gyms were closed due to the COVID-19 pandemic.

Lodge practiced gymnastics and other sports as a child, and she previously showed off her skills on competitive TV shows including Ninja Warrior U.K.

The athlete took on the back somersault burpees record first, managing five in the allotted 30 seconds.

Lodge said the forward rolls record was more daunting, as she had never done the full 100 meters (328 feet) during practice sessions.

“I didn’t go above 50 meters [164 feet] in my practices as I was worried it would be so dizzying that I wouldn’t want to attempt it again,” she told Guinness.

Lodge arrived at the goal distance with a record-breaking time of 42.64 seconds.

The skilled gymnast said she has her eye on setting more fitness records, including beating her own back somersault burpee record.

“I was happy with my pace, but my endurance definitely struggled which limited me. So I’m hoping that with more focus on that I can improve,” she said.