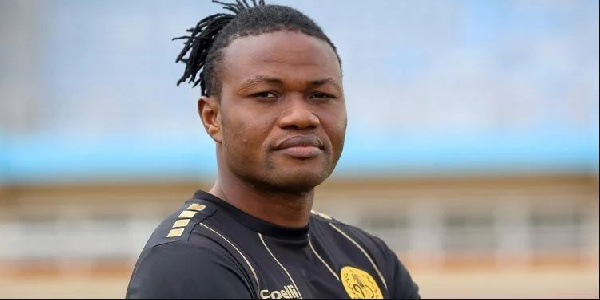 Ghanaian midfielder Albert Bruce has been named as the vice-captain of Cypriot outfit Ermis Aradippou, GHANAsoccernet.com can confirm.

The 27-year-old has won over the club just few weeks after joining the second-tier side.

The former Legia Warsaw, Naxxar Lions and Valletta midfielder has shown tremendous leadership qualities – leading to the club to hand him his new role.

Bruce starred on his debut for the side in their 0-0 stalemate against Enosis Neon Paralimnioun last week.

He is expected to start for the side ahead of their first home match against Onisilos Sotiras on Sunday.

The former Ghana Under-20 midfielder switched camp to Cyprus after leaving Greek club Panachaiki FC after a successful stint.

He departed Ghana for the first time in 2012 from giants Asante Kotoko to join Legia Warsaw in Poland but returned to the country after a season.