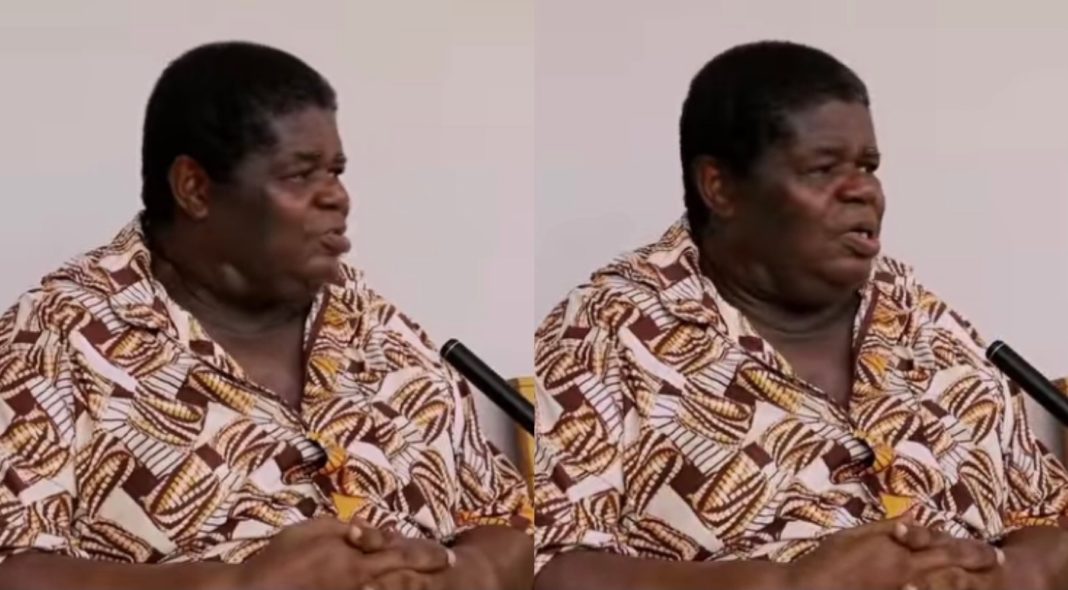 Actor Psalm Adjeteyfio is not happy about the fact that some Ghanaians are mocking him for being a ‘charity case’ and unashamedly begging for money to cater for himself.

The veteran actor who has graced our silver screens for three decades lashed out at those badmouthing and making a mockery of him after he openly begged for money to pay his rent and sustenance.

Recall that when Psalm Adjeteyfio’s plight was brought to the fore, it was Ayisha who first pledged to assist in alleviating him from his financial predicament.

Before she could extend a helping hand, however, the Vice President went ahead and gifted the actor an amount of ¢30,000 to cover his rent issues and also ¢20,000 for ‘pocket money.’

However, some netizens believe he deserves no sympathy for being poor at 73 having worked several years as an actor and obviously failing to structure his life well.

The aging actor upon getting wind of the criticisms launched a tirade against his ‘oppressors’ by saying diseases took a big chunk of his fortune and since he did not invite those diseases into his life, those mocking him will suffer the same fate.

The video below has all the information espoused mentioned;