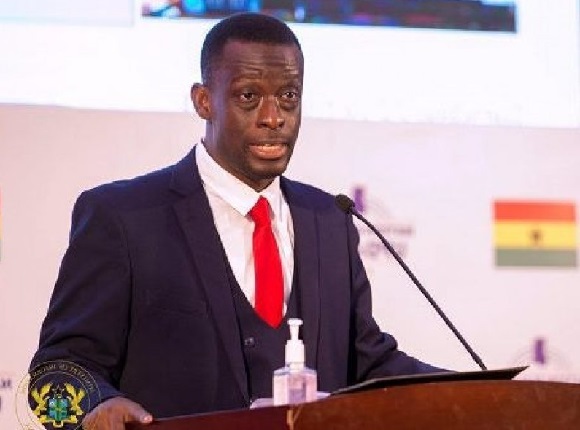 The Western Regional Coordinating Council (WRCC) has denied ever directing all the Metropolitan, Municipal and District Assemblies (MMDAs) in the region to contribute some amount of money to support the final funeral rites of the late father of the Western Regional Minister, Kwabena Okyere Darko-Mensah.

A letter purported to have been issued by the WRCC and signed by its Coordinating Director, Mr Frederick Agyemang which is circulating on social media is asserting that all the 14 MMDAs in the region have been directed to contribute various sums of monies to support the final funeral rites of the father of the regional Minister.

The letter which was copied to all the assemblies indicates that the decision for the assemblies to support the funeral was taken at a meeting by the dean of MMDCEs and MMDCDs in the region.

According to the letter, a total amount of GH¢49, 000 is suppose to be paid by the assemblies to support the interment of the late Nana Boanyina Adusei Mensah II.

“Following a decision with the dean of MMDCEs and MMDCEs it has been decided that your MMDA is to contribute the following amount towards the final funeral rites of the late father of the regional minister”, the letter said.

The letter directed the Sekondi-Takoradi Metropolitan Assembly, the Prestea Huni Valley, the Tarkwa Nsuaem Municipal Assemblies the Ellembelle District Assembly and the Effia Kwesiminstim Municipal Assembly to pay an amount of GH¢5,000 each.

For Ahanta West, Wassa Amenfi East and Jomoro, the are to pay GH¢3,500 each.

It instructed the assemblies to pay the monies to the regional accountant by close of work on Monday, September 20, 2021.

However, a statement issued by the WRCC and signed by its Public Relations Officer, Charles Cobbinah called on all to disregard the purported letter since it did not have the seal of the WRCC.

“Please disregard the letter and consider it as not true”.

“The Regional Minister has not instructed any MMDCE to make any payment in support of his father’s funeral or any other funeral”, the WRCC PRO indicated.