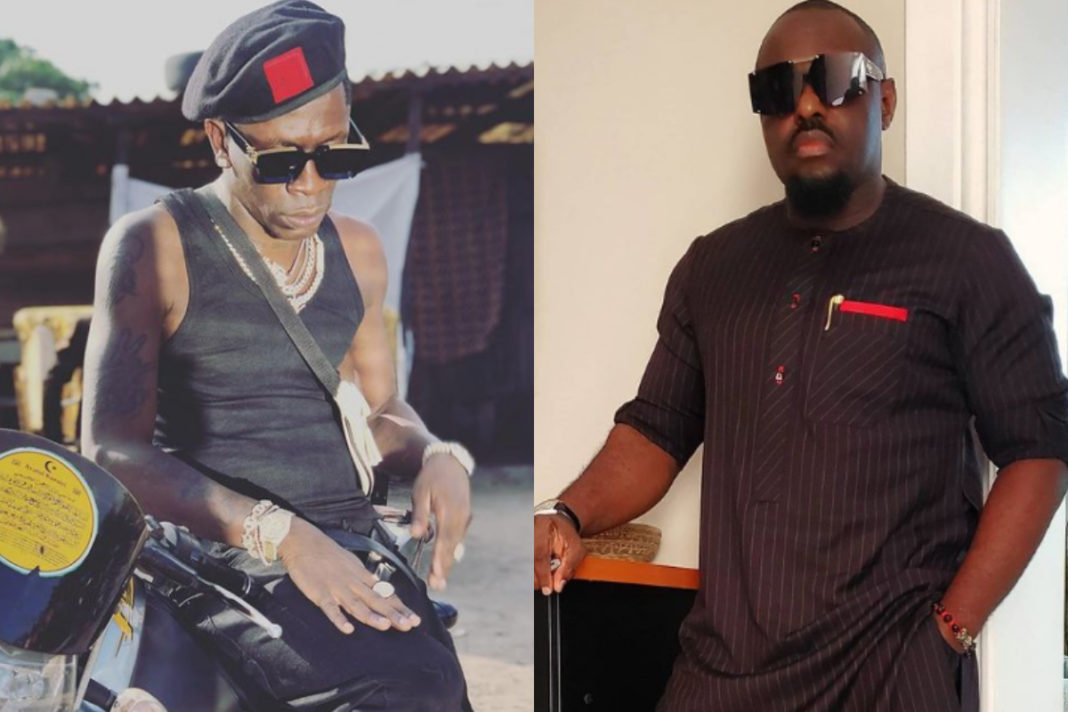 Shatta Wale has sparked reactions on social media after making claims that he looks like the Nigerian award-winning actor and movie producer, Jim Iyke.

Shatta Wale who is known for his big lips and was named “Gbee Naabu” by his former arch-nemesis, Yaa Pono claims that most people are saying that he looks very much like Jim Iyke, and to him, the comparison beats him.

If not the most handsome, Jim Iyke is probably one of the best-looking young stars in the Nigerian entertainment industry. Aside from his amazing acting skills, he manages to get the ladies dying for him with his charming looks.

Shatta Wale on the other hand is definitely one of the richest and best entertainers we have in Ghana but when it comes to looks, we might probably put him at the bottom of the list because to most people, he lacks good looks to charm any lady if not for his millions.

In his recent tweet, the self-acclaimed dancehall king has stated that most people are saying that he looks like the actor and that beats him.

In other news, the saying which suggests that money is the root of all evil has been disproved by the rapper, Samuel Adu Frimpong, well known as Medikal as he reveals that people are the major problems we have in this world.

Medikal has been involved in so many scandals and scuffles with some of his colleagues in the music industry over the years. He has beefed with even some of the members of his AMG group over industry issues and money.

I Miss You – Afia Schwarzenegger Pours Out Emotions, As She [email protected] She Misses Moesha » ™