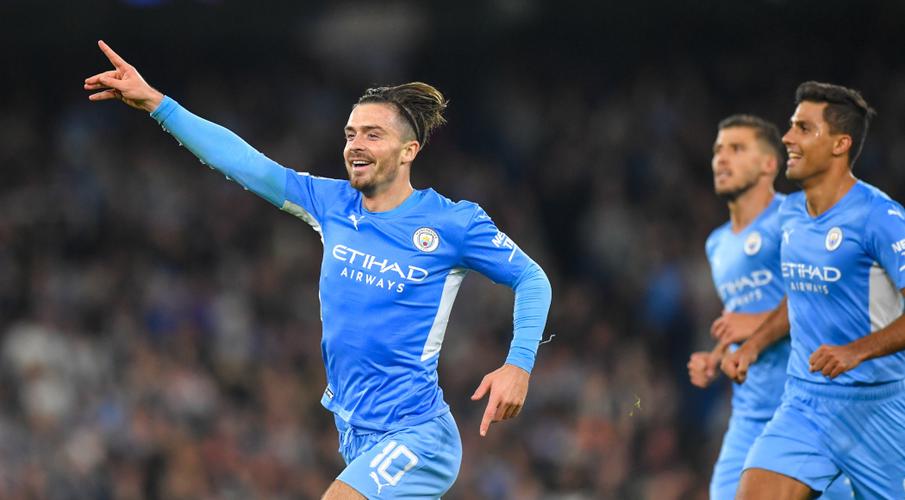 Jack Grealish scored a goal and grabbed an assist on his Champions League debut as Manchester City thump RB Leipzig in Pep Guardiola’s 300th game in charge of the club.

Almost four months since tasting defeat in the final, City were back in action in Europe’s elite competition, and they wasted little time in breaking the deadlock.

With 16 minutes on the clock, a devilish corner delivery from Grealish found Nathan Ake unmarked and he made no mistake with a powerful header.

On his first start of the season, Kevin De Bruyne was at the heart of City’s second when on 28 minutes he teased a beautiful cross to the back post and Nordi Mukiele could only head into the back of his own net.

Christopher Nkunku halved their advantage three minutes before half-time following a decent spell from the visitors, but Riyad Mahrez eased City’s nerves from the penalty spot in added-time after Lukas Klostermann used his arm to block Ferran Torres’ header.

Leipzig kept coming and six minutes after the restart the Germans found themselves back in the game when Nkunku scored his second of a memorable evening.

Determined to dominate the headlines, however, was Grealish and he duly delivered on his big night. Collecting the ball on the right, he carved inside and curled a delicious shot into the top corner.

The visitors refused to give in as Nkunku netted his hat-trick with a fine solo effort, but just minutes later Joao Cancelo scored City’s fifth with a sublime strike from 20 yards.

And just to complete a drama-filled night, Angelino was sent off for a second bookable offence against his former club, before substitute Gabriel Jesus grabbed a goal on his 200th appearance for the club.

Manchester City are back in action in the Champions League on September 28 when they travel to Paris Saint-Germain to face Lionel Messi and team members.