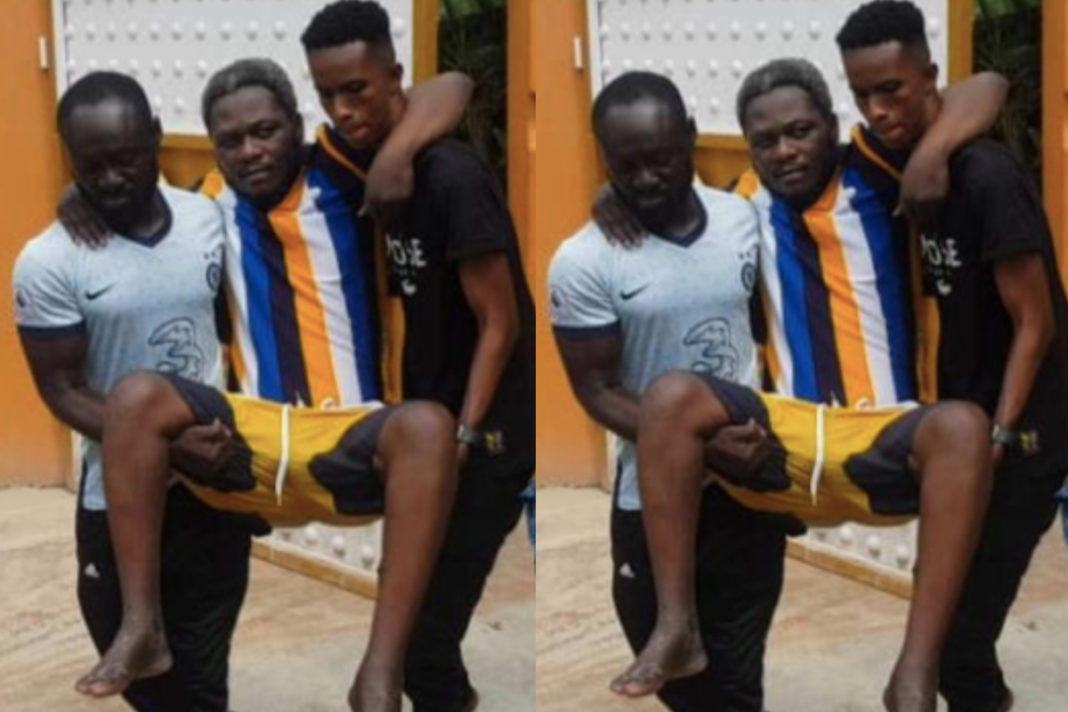 We have sighted a video circulating that suggests that popular Kumawood movie director, Frank Fiifi Gharbin is now a cripple.

Per what we gathered, his leg is now swollen and it is as a result of black magic, known locally as JUJU.

According to him, he is convinced that he is now a cripple because some forces are working against him and he made this known when he spoke with media personality, Busumuru Sean Kingston.

READ ALSO: Agya Koo Slapped Me When I Tried To Stop Him From Raping An Actress-Director, Frank Fiifi Gharbin Alleges

It was gathered that the award-winning movie director is currently at the premises of Dr. Kodua Spiritual and Herbal in Kumasi receiving treatment and he has been at the facility for about two weeks.

READ ALSO: ‘Agya Koo Is A Rapist, I Caught Him Trying To Rape An Actress In A Hotel – Top Producer From Kumasi

We are digging to bring more information about the situation and we would like to take this opportunity to wish him a speedy recovery.