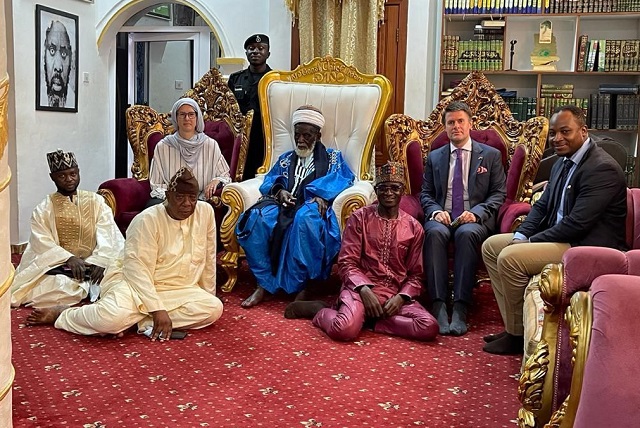 The new British High Commissioner to Ghana, Ms. Harriet Thompson paid a courtesy call on the National Chief Imam, Sheikh Osman Nuhu Sharubutu at his residence last Monday and praised his contribution towards the construction of the National Cathedral.

The gesture, she said, would go a long way in cementing the interfaith existing in the country over the years.

The envoy expressed gratitude to the cleric for the reception accorded her, adding that she would like to engage the Islamic community and other stakeholders on the efforts to prevent terrorism.

Towards this end, she said she would like to have the door opened for further discussions. 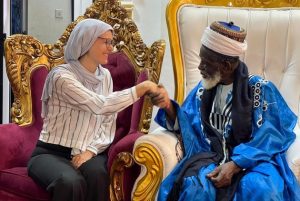 The host and guest in a handshake

She acknowledged the Chief Imam’s role in ensuring the education of Muslims and their empowerment by so doing.

She did not forget the cleric’s interventions during the last elections vis a vis the support of the British High Commission in that direction.

The Chief Imam expressed gratitude to his guest for the visit and prayed that she experiences a successful duty tour in the country.

The cleric entreated the envoy to support the country’s efforts at ensuring quality education for all citizens, nation-building and interfaith harmony.