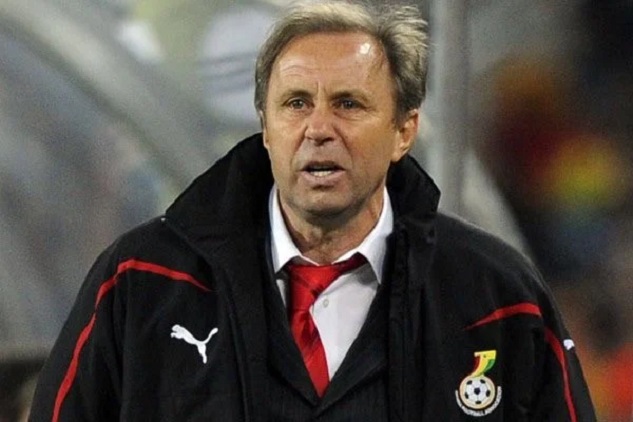 Indications are that the country’s football governing body, GFA’s three-member committee has contacted the 67-year-old following CK’s sack on Monday.

Nicknamed Milo, the Serbian trainer guided a less fancied Ghana side to the 2010 Nations Cup final where they lost 0-1 to Egypt in Angola.

That same year, he succeeded in supervising the Black Stars to a quarter final berth in South Africa in the infamous Luis Suarez ‘hand of God’ that robbed Ghana of a possible historic semis place.

It has emerged that Boateng turned down the offer to occupy the Stars’ deputy coach; insisting that he wants the top vacant position.

However, the Aston Villa youth coach has rather agreed to play the role of a scout for the team when they go for the next African Cup of Nations (AFCON) in Cameroun, come next January.

Another prospective candidate the FA reached was Otto Addo, former Black Stars player who featured in the Germany 2006 World Cup, but he declined the offer after talks with the immediate past trainer regarding his job security.

The FA’s preferred candidate, Renard’s current monthly salary of $100,000 with Saudi Arabia national team side has been the football governing body’s headache.

Indeed, his high wage is believed to have informed the FA’s decision to settle on Milo, who is believed to command respect from officials as well as players.

If Milo gets the nod, he is expected to sign a two-year deal with a salary of about $45,000 per month.

The Executive Council will debate whoever emerges as their preferred choice and later follow it up with an announcement.