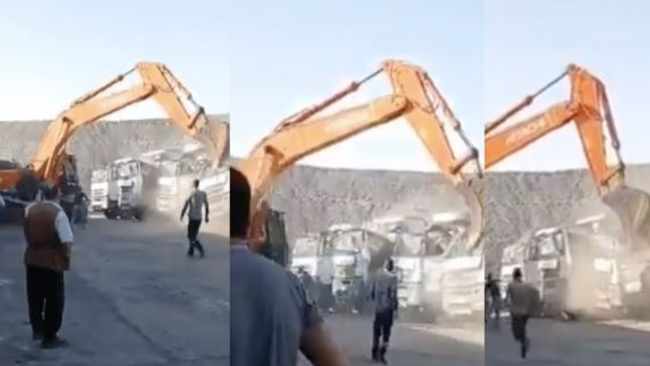 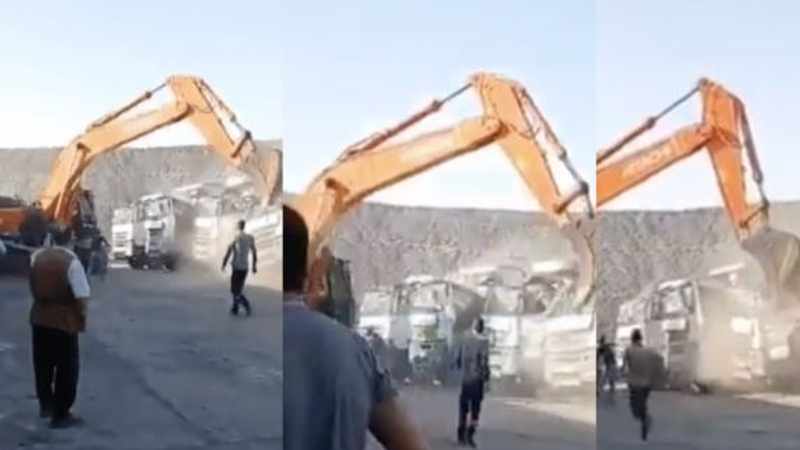 Cape Town – A video of a man who used a tractor-loader-backhoe, more commonly referred to as a TLB, to destroy a fleet of trucks in spectacular fashion after he was allegedly fired has sparked a lot of comment from Mzansi on social media.

The video has been viewed over 70 000 times on Twitter, with some people commenting that his “selfishness’’ would cause other people to lose their jobs. Employees and people in the vicinity who came running can be seen looking on aghast at the spectacle.

It was uploaded by @LeratoN_ on Twitter, who wrote: “They fired him from work with immediate effect and this is what he did before he left.”

They fired him from work with immediate effect and this is what he did before he left pic.twitter.com/lXAsn3VZa7

However, @K_Kgotlelelo disputed what exactly had led to the man going on the rampage, saying: “That’s not true. The contractor manager didn’t pay his employees and they decided to destroy his fleet.”

Another Twitter user believes it will all be downhill now for this man after this show of extreme petulance: “He just proved them right. Their insurance will probably pay out, he’ll still be unemployed and may not find another job based on this. All downhill from here because in of his choice.”

However, another tweep sympathised with the man, saying: “Great job… I know this kind of companies.”

’’At least the remaining workers will be treated with caution and respect… A good sacrifice this one if it was unfair dismissal,’’ said another Twitter user.

At least the man didn’t go a far as a Florida resident who went totally beserk after being fired. In 2019, Errol Gray was arrested after he punched and kicked his supervisor numerous times, then threw a chair at a woman outside the office before stealing a truck.

He jumped in the truck and stopped just short of hitting the group of women outside the city hall.

Then there was the notorious Seth Aaron Ator, 36, who opened fire after a routine traffic stop in Texas in 2019, killing seven people and injuring 22. He was fired just hours before the deadly shooting.

Ator had been fired from his job at Journey Oilfield Services after a disagreement, according to police. The shooting rampage ended when Ator was killed by police.