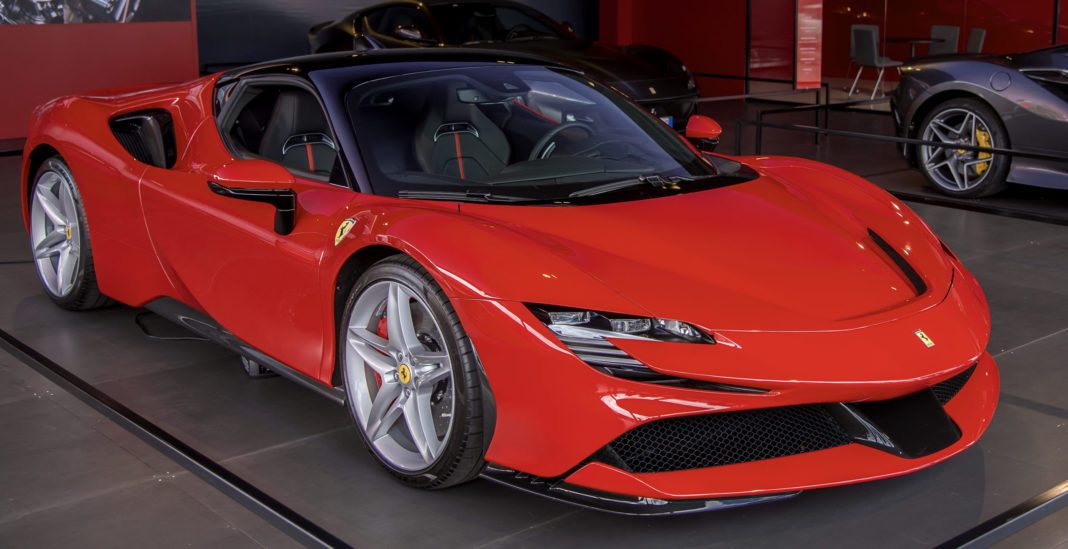 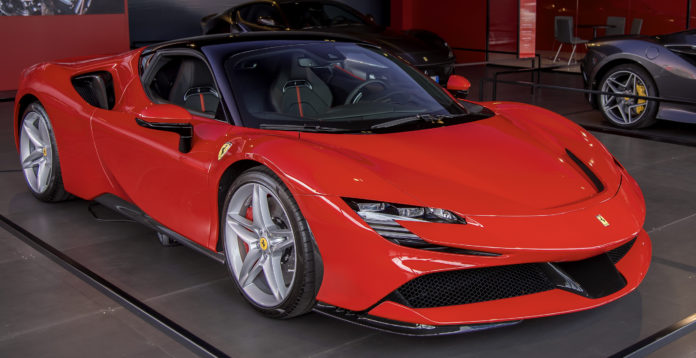 A young Ghanaian man has incurred massive repair cost on himself after he crashed a plush Ferrari car he is reported to have rented to impress friends.

In a viral video on Instagram, a red Ferrari was seen parked in the middle of a road of what looked like a plush neighbourhood.

The driver of the Ferrari car, who was obviously inexperienced, was taking the car for a spin when the incident occurred.

A voice heard in the video told the story of how the car got damaged by its driver who was nowhere to be found at the time of the crash.

According to the narration, a young Ghanaian man had rented the Ferrari car from a dealership just to impress his friends and ended up destroying it.

Many people were seen standing nearby to access the extent of damage done to the luxury car.