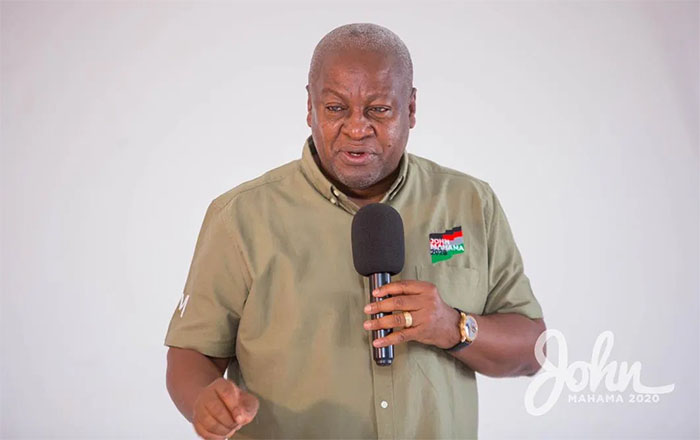 “It is probably not controversial to say that every act of communication (or attempted act) is driven by some desire or purpose, or complex of desires or purposes on the part of the communicator…”-Alan Cruse: Meaning in Language (Oxford Textbook in Linguistics)

WE HAD VIRTUALLY SEALED our books and academic handouts on English, at a Master’s level; ready to pass them on to our progeny. (It was not a show of ingratitude to our lecturers, but the market is now “choked”, with people who did other courses parading themselves as “masters” of English Language and “butchering” or “giving shots” – a la IK Gyasi on the Queen’s language: Of course, with affable lecturers like Prof. Kofi Anyidoho, Dr. (Mrs.) Jemima Anderson, Dr. (Mrs.) Gladys Nyarko Ansah, Dr. Kofi Frimpong, Prof. Keleve, Dr. Sackey, Dr. Yitah, we had little time to spare to visit Prof. Kofi Agyekum at the Linguistics Department which lies so close to the English Department because we reckon he had been a “struggling man” like our good-selves: pupil teacher, teacher-training college… Mahama’s statement at Techiman-based Akina FM was explosive: “We were clearly robbed but we accepted the verdict for the sake of peace, but I want to state here that the next elections would be won or lost at the polling station. So, at the polling station, it will be do or die”. But we may not be as acidulous as people hanker after, because we have a bond of camaraderie elsewhere otherwise, we would have spewed as much invective as he and his cohorts deserve to hit their tympanic membranes.

Incidentally, Mahama had declared Akufo-Addo’s: all die be die” as an anathema, but had labeled his “do-or-die” statement as innocuous, benign and salubrious and no NDC commentator would want to juxtapose one with the other, Akufo-Addo had explained: “I know the way the (All die be die) comments were twisted, it proved to be an unfortunate statement from me. I’m prepared to accept all of that.”

But Asiedu Nketiah asks rhetorically: “What has Mahama done wrong? When we say ‘do-or-die’ assignment, it means you must use all your energies to do something. I don’t see how this is problematic unless for those who do not understand or fail to understand the obvious… in the English Language, there are idiomatic expressions. If someone has issues with this, he should go and blame his English teacher, he should not be worrying us.” Insulting! So, we go looking for the meaning of “do or die” from Merriam Webster as everybody has done: Doggedly determined to reach one’s objective: INDOMITABLE; presenting as the only alternative; complete success or complete ruin.

But Manasseh Awuni addresses Mahama: You’re a communicator, and I know you are well aware that the words we speak have denotative and connotative meanings. To the average angry and desperate party fanatic on election day, a “do-or-die” charge at the polling station is a vague and deadly war chant… to be translated with violence… don’t endanger other people’s children’s lives when on election day, your own children will be securely guarded at home. “When J. J. Rawlings was around, he would “boom” (euphemism for accusing people with acidic-mouthed harangue), and his hench-men would “explain” what it meant.

H.P. Grice states that: “Implicatures in general stand in opposition to ‘what is said’ as components of a more inclusive ‘what is meant’. All these notions are sophisticated and controversial… conversational implicatures are said to be defeasible or cancellable…

“Deep Down in the Black Man’s Mind (Dr. Amattoe, 1954)”, the listener may look for the peripheral explanation for political propaganda. The political listeners may not be as “learned” as Asiedu Nketia. Joseph Goebbels says: “Propaganda is good which leads to success, and that is bad which fails to achieve the desired result. It is not propaganda’s task to be intelligent; its task is to lead to success”.

In Rwanda, a radio station Libre des Milles Collines (RTLM) repeatedly incited the majority Hutus against the minority Tutsis describing the latter as “inyenzi” (cockroach) and as “inzaka” (snakes). These are, according to Kennedy Ndahiro “dehumanizing words”, and the radio RTLM urged the listeners to “exterminate the cockroaches”. At the end of the war, one million people had died, and the hate speech had been propagated by Leon Mugesera, an academic who had fled to Canada and was lecturing in Quebec. An amateur at the Radio Station had urged: “Those who have guns to immediately go to these cockroaches and encircle them” and the metaphor:… cut down the tall trees (Tutsis).

And people think Mahama carries a humble face, incapable of causing harm, his words are pugnacious. In Macbeth, King Duncan said of the Thane of Cawdor: “There’s no art to find the mind’s construction in the face; he was a gentleman on whom I built an absolute trust”. And when Kind Duncan decided to visit Macbeth, Lady Macbeth intoned to him: “Look like th’innocent flower, but be the serpent under’t”

Mahama should count himself as the luckiest Ghanaian who has benefited from the prevailing peace. After being an Assemblyman, he became a Member of Parliament, then became a Deputy Minister… Vice-President under Mills, then acted as President when Mills died; then became President in 2012. At the end of 2016, he was expected to enjoy his ex-gratia, with a house, an office, cars – bought by the state… what does Mahama want again? His father took him from Achimota School to enjoy “free education” in the north.

The 1992 Constitution specifies in Article 68 Clause 3: “The President shall receive such salary, allowances and facilities as may be prescribed by Parliament on the recommendations of the committee referred to in Article 71 of this Constitution. Clause 4 states: “On leaving the office, the President shall receive a gratuity in addition to pension, equivalent to his salary and other allowances and facilities prescribed by Parliament in accordance with Clause 3 of this Article. (5)… shall be exempt from tax (9)… not be varied to his disadvantage during his life-time”.

That is the point where we see a lacuna in the 1992 Constitution. Should an outgone President who seeks a re-election continue to enjoy all these mouth-watering payments, and in case he wins and runs as President, continue to enjoy the payments?

He should be the last person to denigrate the Judiciary after the latter had by a 5-4 decision declared him winner in 2012; only for the tables to be tuned in 2020 whereby a 7-0 decision he was declared a loser.

By now, Mahama would better be enjoying all his wealth – constitutionally or unconstitutionally acquired – and be relaxing – and be relaxing at a home or hovel thinking of writing a book, not entitled.“My Second Coup d’état, but rather “My life in a peaceful Ghana” akin to Kojo Yankah’s “Our motherland-my life”. By the headline we mean “Mahama: a peace-preacher? “What do you readers, say? A statesman should be a skilled, experienced and respected political leader or figure. Is it any wonder that we cherish John Agyekum Kufuor?