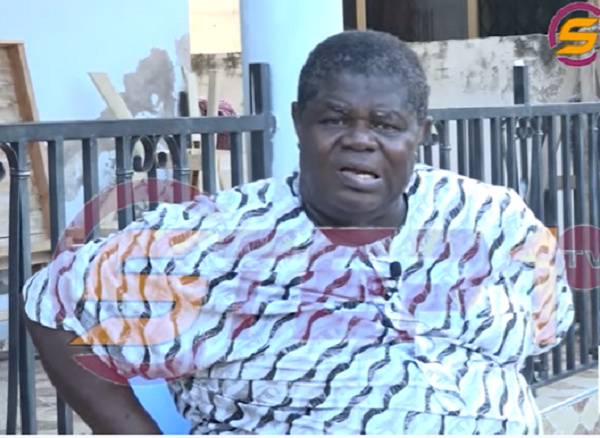 The donation comes after the actor made his predicament known in an interview with Emmanuel Agyemang.

Psalm Adjeteyfio who starred in popular television sitcom ‘Taxi Driver’ disclosed that life has been tough for him to the extent that he needed money for his upkeep and most importantly, to pay for his rent which had expired.

His plea triggered donations from some Ghanaians, including the vice president Dr. Mahamudu Bawumia and Greater Accra Regional Minister Henry Quartey, with the latest being Magnus.

In an interview on Power FM, Magnus made the donation and underscored the need for the general public to get their lives and property insured, saying their contributions would evoke a sigh of relief during troubling times.

Meanwhile, Psalm Adjeteyfio Adjeteyfio has said he does not feel embarrassed asking the public to rescue him from his deteriorating state.

Speaking on Akoma FM, the veteran said: “When you have problem and you don’t tell people about it, there’s no way they would know.”

“I must add that I didn’t call for the interview but I just used their outlet to channel my situation hence I’m not embarrassed”, he added.