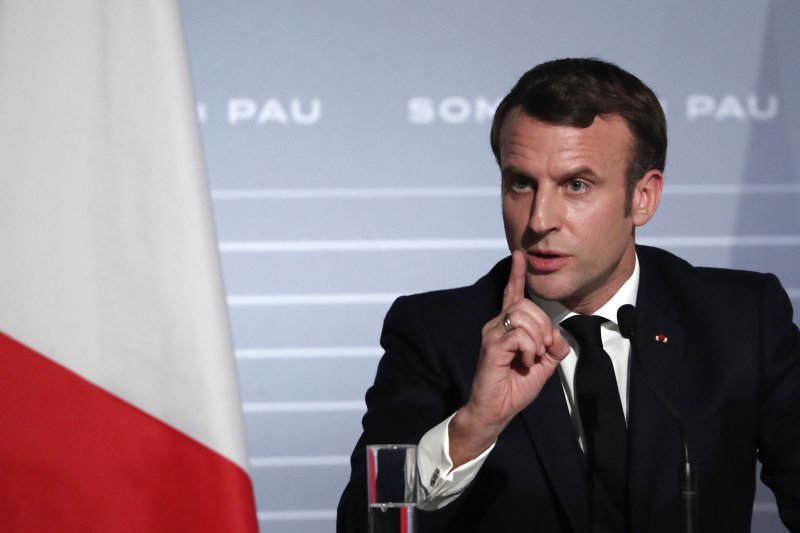 Macron tweeted his military “neutralized” Adnan Abu Walid al-Sahrawi, the leader of the IS group that has been accused of conducting attacks that have resulted in hundreds of civilian deaths in Mali, Burkina Faso and Niger as the terrorist organization spreads across Africa.

“This is another major success in our fight against terrorist groups in Sahel,” Macron said without mentioning when al-Sahrawi was killed or where.

According to Stanford University’s Center for International Security and Cooperation, al-Sahrawi left the African militant jihadist group Al-Mourabitoun to form the IS-affiliated group, which was acknowledged by IS in October 2016.

A year later, the group conducted an attack in Niger on a squad of U.S. Army Special Forces that killed four U.S. soldiers.

“We declare our responsibility for the attack on the U.S. commandos last October in the Tongo Tongo region of Niger,” al-Sahrawi said in a January 2018 statement, The New York Times reported at that time.

In August of last year, the IS group killed at least eight people in an attack in Niger, including six French charity workers.

“The nation is thinking this evening of all its heroes who died for France in the Sahel in the Serval and Barkhane Operations, of the bereaved families, of all of its wounded,” Macron said. “Their sacrifice is not in vain. With our African, European and American partners, we will continue this fight.”

Al-Sahrawi’s death comes months after Macron announced in June that France’s eight-year counterterrorism Operation Barkhane in the Sahel region would end by February of next year.

The operation was to “ensure that partner states acquire the capacity to ensure their security autonomously,” according to France’s defense ministry.

There were 5,100 French soldiers fighting in Africa as part of the operation last year who conducted 128 combat missions.