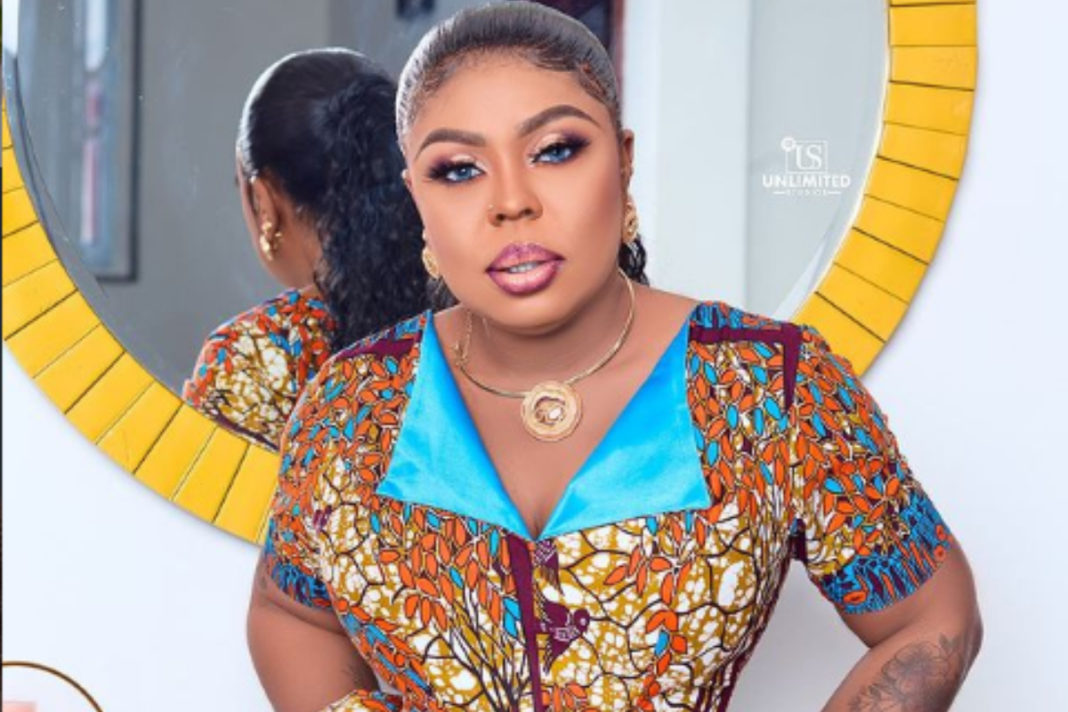 Ghanaian socialite, Valentina Nana Agyeiwaa, well known as Afia Schwarzenegger has advised her fans never to storm the houses of their foes to attack them personally but rather should learn how to deal with them on social media and forgive them afterward.

READ ALSO: “Do You Think I’m Your Mate”-Afia Schwarzenegger Slams Fans Who Condemned Her Relationship With Nana Agradaa

According to Afia Schwarzenegger, the idea to invade people’s houses for confrontations might get one into serious trouble just as it did to the leader of the Glorious Word Power Ministry International, Rev. Isaac Owusu Bempah.

Afia Schwarzenegger who claims to have repented from her old ways disclosed that people must make judicious use of social media to address issues bothering them by insulting whoever crosses their paths and forgive them afterward.

She claims that the move to invade their houses might get them remanded into police custody just as Owusu Bempah.

In other news, Ghanaian rapper, AMG Medikal has hilariously reacted to claims made him by his best friend, Shatta Wale that he looks like the Nigerian actor and movie producer, Jim Iyke.

With these claims, we all know Shatta Wale only aimed at sparking controversies on the digital platform on the account that there is absolutely no way he can compare himself to the actor in terms of good looks.