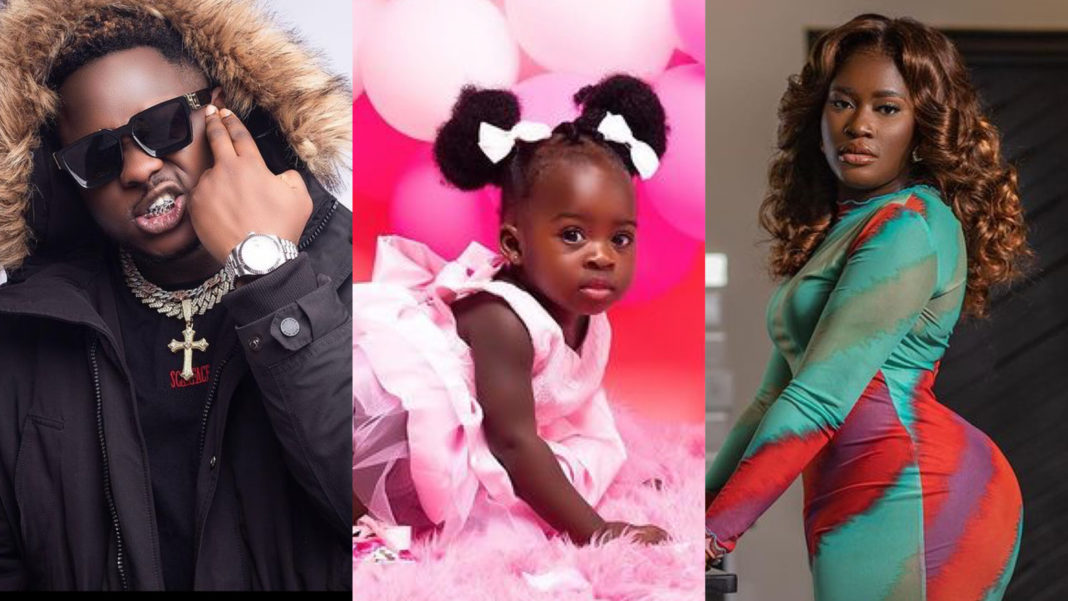 AMG rapper Medikal, has said that his daughter Island’s looks confuses him in recent times.

According to Medikal, this has left him and his wife Fella perplexed because she is always changing as she grows.

He disclosed this during an interview on Hitz Fm when he was promoting his song. Before the conversation ended, the interviewer quizzed about Island which made him reveal this.

He explained that as children grow, they change until they reach a particular age, and that this is exactly what is happening to Island, and as at now he is unsure if she looks more like him or Medikal or the mother, Fella Makafui.