“IGP Should Treat All Cases Fairly And Stop Being A Hypocrite”-Ayisha Modi Fumes As She Calls For The Arrest Of Afia Schwarzenegger, Nana Agradaa, And Tracey Boakye 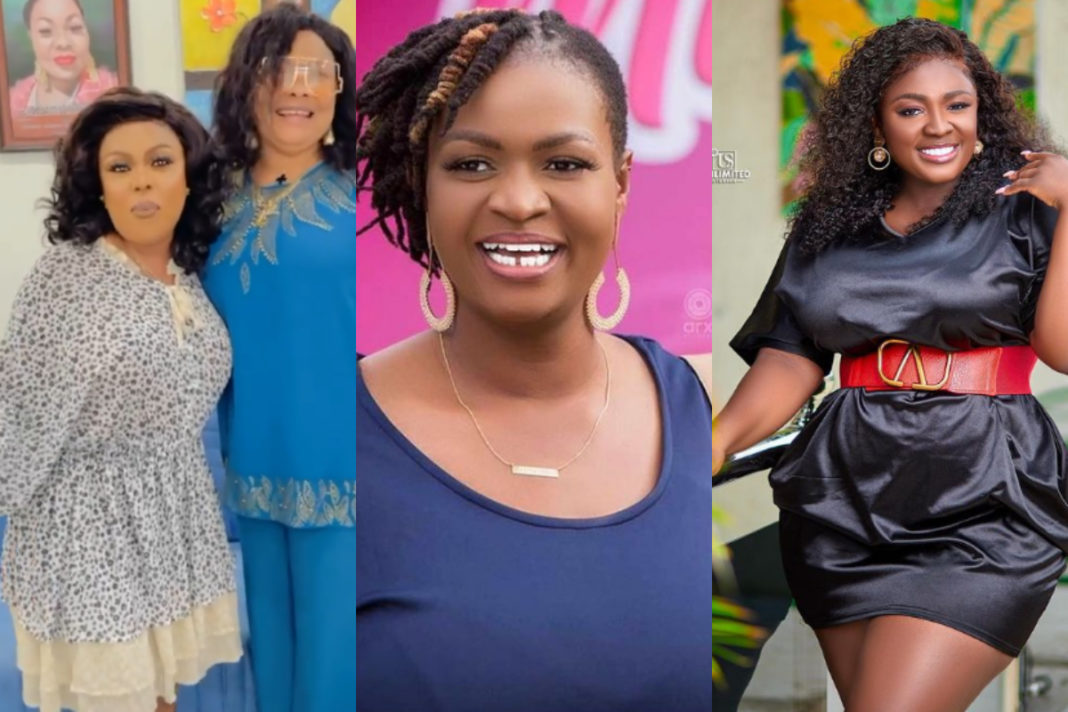 Popular social media influencer, Ayisha Mosi has asked the Inspector General of Police, Dr. Akuffo Dampare not to be a hypocrite and treat all cases brought before him fairly.

READ ALSO: Greater Accra Minister, Henry Quartey Pledges To Give Part Of His Monthly Salary To Psalm Adjeteyfio Until His Term Is Over

According to her, some personalities in Ghana have committed all manners of crimes in the country, yet they are walking freely without the laws of the land getting a hold of them for the crimes they committed.

She averred that Tracey Boakye who claims to be a landlady at East Legon should be arrested for allegedly blackmailing the former president of the land, John Dramani Mahama during their “Papano” saga.

She also contended that the self-styled evangelist, Nana Agradaa should also be made to face the law for allegedly hiring some boys to beat up one young guy who tried fighting against her fraudulent activities. She also said that Afia Schwarzenegger should also be arrested for filming inmates in cells during her banter with Adu Sarfowaa.

According to her, these people are not above the law on the account that their cases are not different from that of Owusu Bempah who was recently arrested for threatening Nana Agradaa but was granted a bail of GHS200,000 yesterday.

She called on the new IGP to launch an investigation into the matters of the above-mentioned for them to face the law as well just as Owusu Bempah was not spared.

Ghana police service should treat all cases fairly and not be hypocrites. The new IGP must not treat some cases with kid gloves because no one in this country is above the law. We were in this country when filthy braggart who claimed to be a landlady in east Legon blackmailed the former president. We were here when fake Agradaa sent his boys to beat one young guy. We were in this country when fufu fonu borla bird went to a police cell to film inmates. What happened to them? What happened to their cases? Are these fools above the laws of the country? If the IGP want us to trust in the police service, then he should open these cases up. He should arrest some of these fools and investigate their cases. If not, then Rev. Owusu Bempah’s arrest is a set up. My opinion 😂😂😂😂. So keep ur own opinion in ur pocket or bank account😂😂🤣😂😂. These fools committed the worse crimes yet are walking freely so is Owusu Bempah’s case different? We should not be hypocrites in this country. Agradaa has done worse than someone just walking to her house with his boys. She’s a criminal and she admitted it. What is happening to her case?