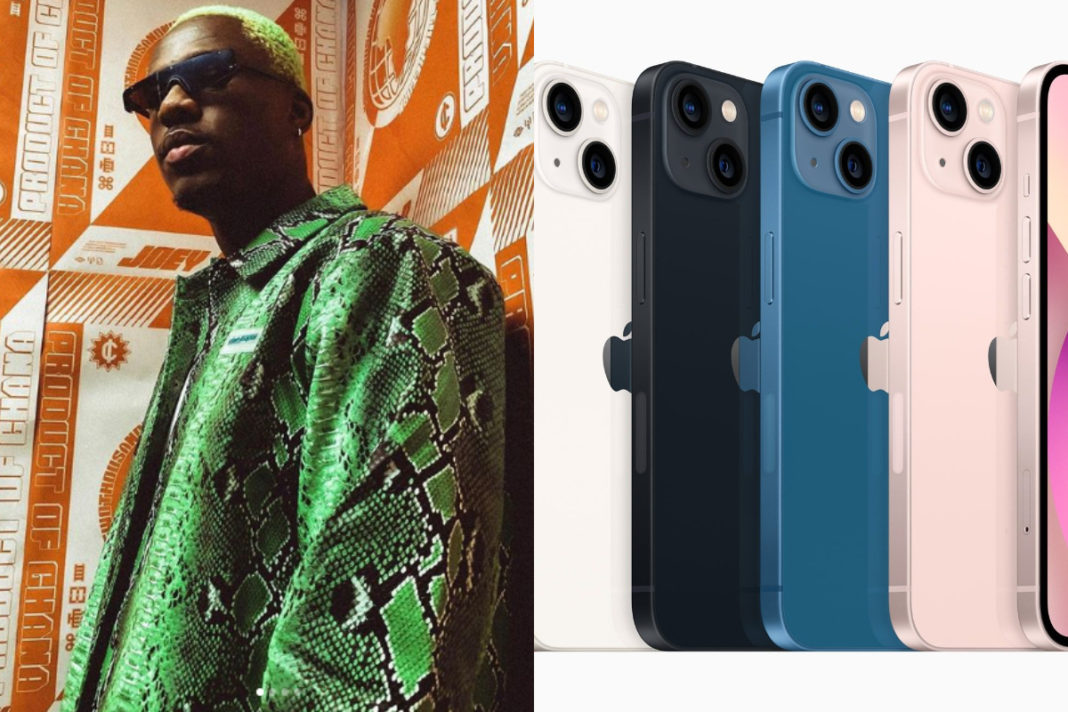 Ghanaian rapper, Darryl Paa Kwesi Bannerman-Martin, affectionately known as Joey B has said that there is no need to get the new iPhone 13 if one is already using the iPhone 11 and 12.

Apple has introduced another invention on the market. The iPhone 13 is the successor to Apple’s best-selling iPhone 12, and it improves upon a successful formula: $800 price for a flagship processor and a 6.1-inch screen size that is not too large, nor too small. The iPhone 13 brings a new Apple A15 Bionic chip and improvements to the dual-camera setup consisting of a wide and ultra-wide camera.

Well, as many people are anticipating the release of the newest gadget, rapper, Joey B has revealed that there is no need to get the new iPhone 13 if one is already using the iPhone 11 and 12 because they are basically the same model.

In other news, award-winning rapper, Samuel Adu Frimpong, well known as Medikal has expressed his displeasure in how the media centers on negative news about Ghanaian musicians instead of promoting them on their platforms.

According to the rapper, the energy some media houses and online news portals put into circulating negative news on social media could be channeled into something productive like promoting Ghanaian acts.