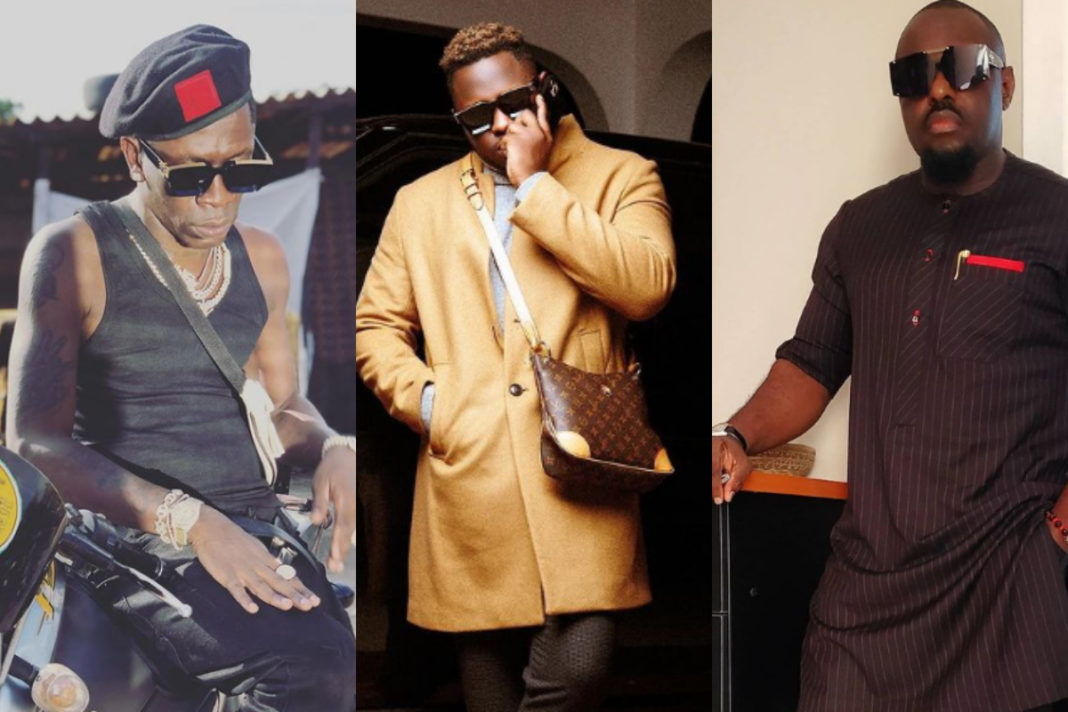 Ghanaian rapper, AMG Medikal has hilariously reacted to claims made him by his best friend, Shatta Wale that he looks like the Nigerian actor and movie producer, Jim Iyke.

With these claims, we all know Shatta Wale only aimed at sparking controversies on the digital platform on the account that there is absolutely no way he can compare himself to the actor in terms of good looks.

In reaction to his claims, his friend, Medikal has also stated that he thought he was the only one who thought the dancehall musician looked like the actor.

See his reaction below:

In other news, Ghanaian singer, Lord Paper has finally come out to explain his reasons for taking Bosom P-Yung’s verse off his “Skin Pain” song and recruiting Mr. Drew.

Recall, the two were involved in a serious argument on Twitter after Bosom P-Yung expressed his displeasure in Lord Paper for taking his verse off his song with his knowledge.

According to him, Lord Paper should have informed him and stated reasons why he took his verse off before doing so but instead, he recruited another artist on the project.

In response to that, Lord Paper clapped back at Bosom by saying the latter could have reached out to him personally for matters to be settled amicably and for a better explanation but instead, he decided to register his sentiments on social media just for social media clout.