Everything Apple launched this week 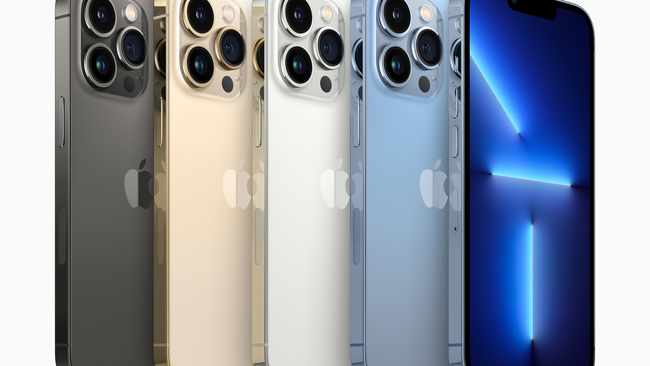 By Wesley Diphoko 57m ago

Apple held a remote event earlier this week, streaming from its Cupertino campus. If you missed it or just want highlights we’ve boiled the whole thing down to the bullet points.

The new Apple Watch Series 7 features a re-engineered Always-On Retina display with significantly more screen area and thinner borders, making it the largest and most advanced display ever. The narrower borders allow the display to maximise screen area, while minimally changing the dimensions of the watch itself. The design of Apple Watch Series 7 is refined with softer, more rounded corners, and the display has a unique refractive edge that makes full-screen watch faces and apps appear to seamlessly connect with the curvature of the case. Apple Watch Series 7 also features a user interface optimised for the larger display, offering greater readability and ease of use, plus two unique watch faces — Contour and Modular Duo — designed specifically for the new device. With the improvements to the display, users benefit from the same all-day 18-hour battery life, now complemented by 33 percent faster charging. Apple Watch Series 7 introduces five beautiful new aluminium case finishes, along with a range of new band colours and styles.

The new iPad mini has a larger 8.3-inch Liquid Retina display — in four gorgeous finishes. Featuring the brand new A15 Bionic chip, the new iPad mini delivers up to 80 percent faster performance than the previous generation. A new USB-C port allows faster connectivity, and cellular models with 5G bring more flexible mobile workflows. New advanced cameras, Center Stage, and support for Apple Pencil (2nd generation) enable new ways for users to capture photos and videos, communicate with loved ones, and jot down their ideas when creativity strikes. The new iPad mini is available to order beginning today, and will be in stores beginning Friday, September 24.

iPhone 13 and the mini version

Both run Apple’s new A15 Bionic chip. It’s got a six-core CPU (two high-performance cores, four high efficiency), a four-core GPU and big improvements to the neural engine that Apple taps for on-device machine learning. A “ceramic shield front”, which Apple says is tougher than any other smartphone’s glass. IP68 water resistance, 28% brighter display. iPhone 13 comes in at 6.1″, while iPhone 13 mini will be 5.4″. A wild new “Cinematic” mode that uses machine learning for tricks like auto-shifting the camera’s focus when one on-screen speaker looks at someone behind them. The 64GB model has finally been retired, with the base models coming with 128GB of storage. Apple says the iPhone 13 mini’s battery life has been improved by an hour and a half, while most iPhone 13 users will get two and half more hours per charge. iPhone 13 will start at $799, while iPhone 13 mini starts at $699.

iPhone 13Pro and iPhone 13 Pro Max are the another key part of the announcement. The Pro Apple versions are pushing the boundaries of what’s possible in a smartphone. Redesigned inside and out, both models introduce an all-new Super Retina XDR display with ProMotion featuring an adaptive refresh rate up to 120Hz, making the touch experience faster and more responsive. The pro camera system gets its biggest advancement ever with new Ultra Wide, and Telephoto cameras that capture stunning photos and video, powered by the unmatched performance of A15 Bionic. These technologies enable impressive new photo capabilities, like macro photography on the new Ultra Wide camera and up to 2.2x improved low-light performance on the new Wide camera. New computational photography features like Photographic Styles personalise the look of images in the Camera app, and both models now include Night mode on all cameras. Video takes a huge leap forward with Cinematic mode for beautiful depth-of-field transitions, macro video, Time-lapse and Slo-mo, and even better low-light performance. Both models also offer end-to-end pro workflows in Dolby Vision, and for the first time, ProRes, only available on iPhone. iPhone 13 Pro and iPhone 13 Pro Max also include 5G with more bands for better coverage, big improvements to battery life for the best battery life ever on iPhone with iPhone 13 Pro Max, new storage capacity of 1TB, and the Ceramic Shield front cover, tougher than any smartphone glass.