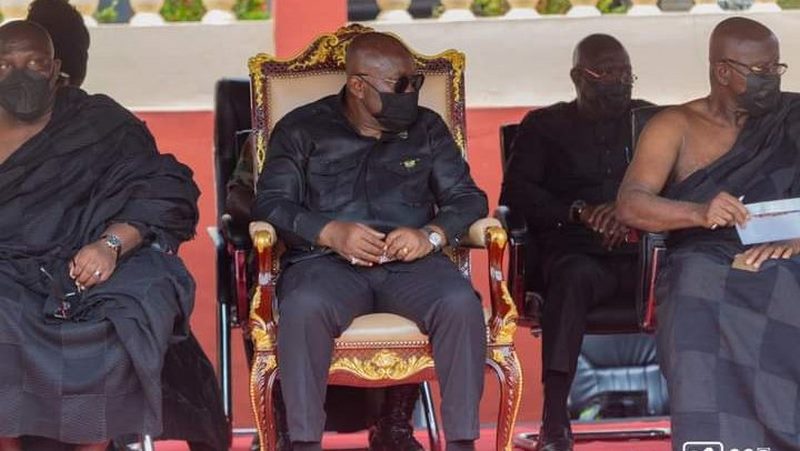 Akufo-Addo is mortgaging everything in Ghana

The two leaders were in the Eastern Regional capital to attend the one-week funeral observation of two industrious sons of the land.

The two leaders both attended the one-week funeral observation of Nana Agyei Twinie I, Executive Officer of Mac Dic Royal Hotel who was also a traditional ruler at Akyem Abuakwa.

Former President Mahama proceeded to the one-week funeral observation of the late Oyokohene, who was also a former Member of the Council of State, Nana Kodua Kesse II, held at Koforidua Oyoko.

President Akufo-Addo wasn’t able to attend the same but the Eastern Regional Minister, Seth Kwame Acheampong, the Member of Parliament for New Juaben North, Nana Agyei Boateng , was, however, seen at the one-week observation of the Oyokohene.

Akufo-Addo is mortgaging everything in Ghana