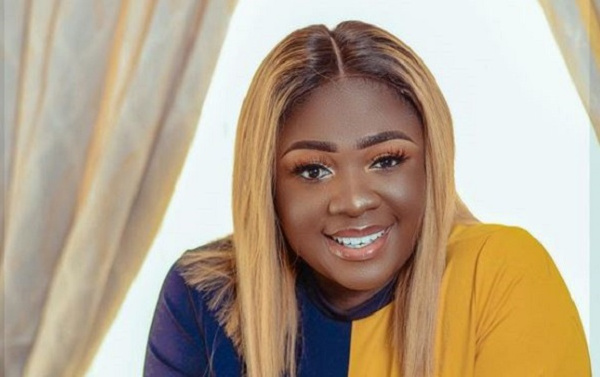 Tracey Boakye is a Ghanaian actress and Entrepreneur

Ghanaian filmmaker and entrepreneur, Tracey Boakye has responded to Delay on social media.

One can recall that the Delay Show host in her intro claimed superiority over some individuals whom she referred to as insignificant birds.

“I’m the real deal. The real eagle. No bird is mightier than me. Hawks, doves, owls, bola bird are all waiting on me. They all bow to me. As for fowls and chickens, they dare not come close to me because it will be catastrophic,” she stated in her vim intro.

It was in this light that the ‘mafia gang’ made up of Afia Schwarzenegger, Tracey Boakye and Diamond Appiah claimed that Delay’s comments were directed at them.

It appears Tracey Boakye has joined Afia Schwarzenegger to lambast Delay on social media as the two have been captured throwing shots at her.

In the case of Tracey Boakye, she alleged that Delay’s rants were borne out of sheer bitterness because she declined the opportunity to grant her an interview.

“When we refuse to go for their interviews, they start to hate. I’m still not talking for one year,” she wrote on her Instagram stories. 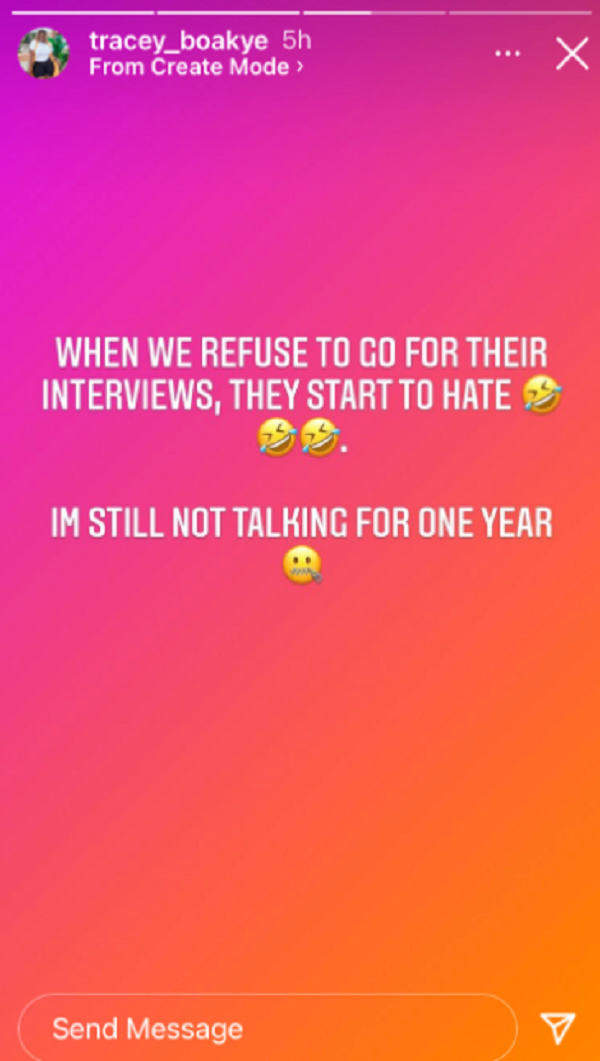