‘You could have avoided this mess’ 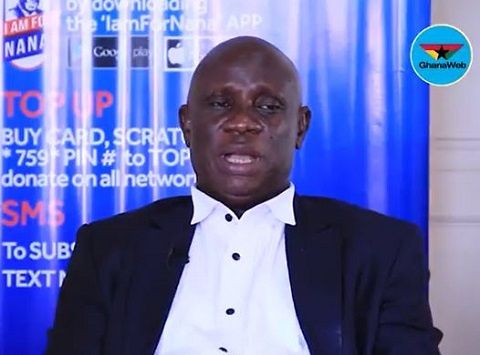 He says as a renowned man of God, the Leader and Founder of the Glorious Word and Power Ministries International should have known better.

Speaking on Okay FM’s Ade Akye Abia programme, he explained because of his revered status, Rev Bempah should not entertain certain acts that will bring the name of Christ into disrepute.

“Like his colleague men of God who have sworn to be leaders of the Gospel, I don’t think they should have to stoop so low to have an altercation with the likes of Agradaa, who you are far above them in the ministry.”

“Moreover, with no prejudice, I think Rev. Owusu Bempah should have exercised a little restraint or patience. He acted wrongly and indecisively. Men of God in this country have some aura around them and any time I hear them preach or speak, I listen to them religiously and I don’t expect them to behave the way and manner in which Rev. Owusu Bempah did,” Obiri Boahen stated.

He noted that, for this act, the widely-acclaimed man of God got it wrong.

The Founder and Leader of the Glorious Word Power Ministries is currently in police custody.

Rev. Bempah, who has been charged with threat of life – for threatening to kill Nana Agraada – as well as offensive conduct to the breach of peace, made his first appearance before the Accra Circuit Court on Monday, along with four other members of the church.

The other four were also refused bail

Owusu Bempah and his co-accused church leaders were taken to court amidst a heavy police escort.

The court appearance of the accused saw a good number of members of the church thronged the court premises, ostensibly to witness proceedings.

Meanwhile, Chairman for the National Prophetic And Apostolic Council (NPAAC), Archbishop Elisha Salifu Amoako, has on behalf of the Council pleaded with the IGP, the Court and especially President Akufo-Addo to assist in granting bail to Rev. Isaac Owusu Bempah.

According to the Founder and Leader of Alive Chapel International, the NPAAC is concerned with the remand of the co-chair of the Council in police custody by the Court.