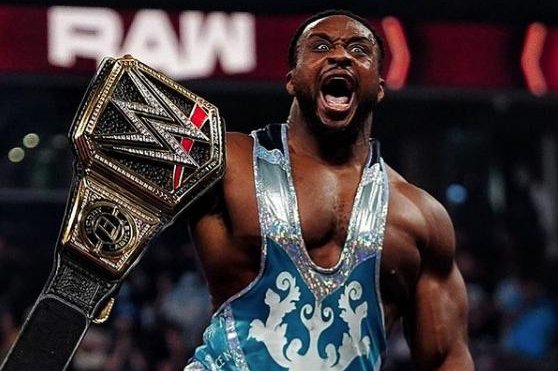 Sept. 14 (UPI) — Big E made good on his promise and successfully cashed in his Money in the Bank briefcase to become the new WWE Champion on Raw.

Big E stated on SmackDown Friday that he was going to cash in and doubled down on his intentions on social media before heading into Raw on Monday, where former WWE Champion Bobby Lashley was scheduled to defend his title against Raw Tag Team Champion Randy Orton.

Orton and Lashley were originally set to collide at the Extreme Rules pay-per-view event on Sept. 26, but The Viper was able to move the match up to Raw. Lashley and his manager MVP are still owed a Raw Tag Team Championship match against Orton and his partner Riddle after they won a Tag Team Turmoil match last week.

Big E, RK-Bro and Lashley and MVP, got into a war of words to kick off the show. Lashley tossed Big E’s Money in the Bank briefcase to the side. Orton took advantage of the situation and nailed The All Mighty with an RKO.

The main event between Orton and Lashley started off with The Viper avoiding his opponent by constantly slipping out of the ring. Orton eventually used Riddle to distract Lashley outside the ring before he unleashed an all-out assault.

Orton appeared to injure his left ankle during the match but kept pushing through by delivering a Superplex from the top rope. Orton was able to land the RKO, but he was unable to pin Lashley who slipped out of the ring. Orton additionally hit MVP with an RKO outside the ring.

Lashley would eventually recover and performed a Spear on Orton to win the match and retain the WWE Championship for the final time. Lashley started punishing RK-Bro outside the ring and sent Orton through a table before Big E’s music played and the grappler officially cashed in his Money in the Bank briefcase.

Big E started things off by slapping Lashley hard across the face, which seemed to awaken The All Mighty. Lashley landed a Spear, but Big E kicked out of the ensuing pin. Big E later performed the Big Ending and pinned Lashley to become the new WWE Champion.

Big E was then joined by his New Day partners Kofi Kingston and Xavier Woods who celebrated with their friend inside the ring. The group shared an emotional hug and Big E held up his title as fireworks erupted before Raw went off the air.

This is Big E’s first world championship. Lashley won the title on Raw in March after he defeated The Miz.

Also on Raw, WWE announced that the draft will return starting on Oct. 1 on SmackDown. The draft will then continue Oct. 4 on Raw. The WWE draft is where both shows take turns picking which wrestlers they want competing on their respective brands.

Raw Women’s Champion Charlotte Flair was in action against Shayna Baszler, who was joined by Nia Jax at ringside.

Baszler and Jax’s issues continued, with Jax jumping onto the ring apron to distract her tag team partner. Flair took advantage of the situation and landed a Big Boot to win the match. Jax and Baszler’s partnership seems to be over as they will collide next week on Raw.

Flair was then confronted by the demented Alexa Bliss and her creepy doll Lilly. Flair defends her title against Bliss at Extreme Rules.

Flair eventually opened Bliss’ gift, which contained a creepy doll that resembled the champ named Charlie. The doll was wearing a Flair-like rob and had on a miniature championship belt. Flair threw the doll at Bliss, which caused a brawl that Bliss ended up winning.