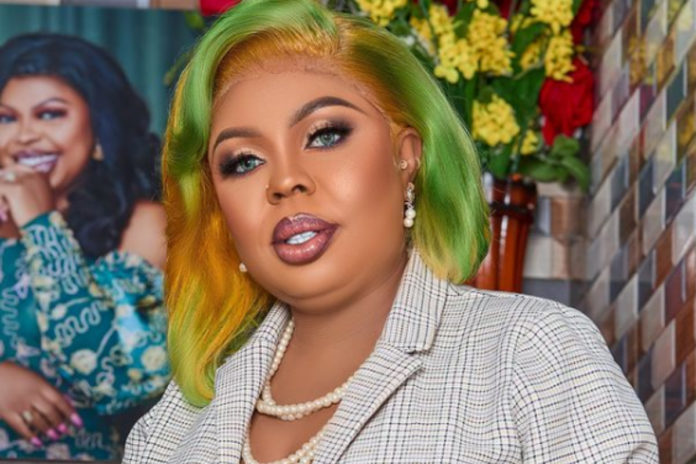 Born Valentina Nana Agyeiwaa has recently revealed that she is married to one of the noble young men in the country who has one of the most expensive Ewe names in history.

READ ALSO: “Whenever A Mallam Follows Me On Facebook, My First Action Is To Block Them”-Kojo Cue Reveals

Afia Schwarzenegger whose previous relationships did not go so well for one reason or the other seems to have found love again but this time, she is extra careful and has refused to show the face of her mysterious man on social media for scrutinization.

During her recent attacks on her former bestie, Deloris Frimpong Manso, well known as Delay, Afia Schwarzenegger revealed that she is the legally married wife of a noble young man and as such, she is mindful of her utterances in order not to tarnish his image.

Despite her being one of the most controversial personalities in the entertainment industry, someone has finally decided to appreciate her for who she is as she takes to her social media to recount one of the deepest quotes from her hubby.

According to her, her mysterious husband once told her that rubbish is being recycled and used to produce great things, indicating that no matter how toxic people will think she is, he still loves her.

My husband said n I quote… we recycle rubbish to manufacture great things…
I never wanted a perfect woman, all I want is you!!!( that is deep,wisdom is talking)
Gosh can you all organize money for me…. so I can buy more tissues… can’t stop crying!!!!!
Thank you El… I love you my king