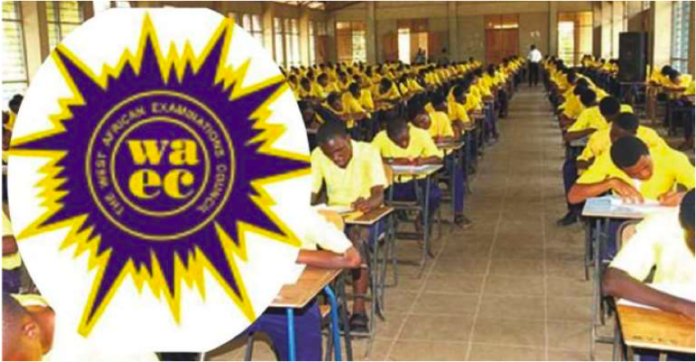 As reported earlier, the West African Examination Council (WAEC) has cancelled two papers for the 2021 examination period due to mass leakage.

Consequently, Business Management and Physics papers scheduled for today, Wednesday, September 15, 2021, had to be cancelled.

Headmasters who had prepared to go to the various centres had to return after they received information from WAEC that the papers have been cancelled.

Science and Business students who had prepared to write the papers at 8:30 am simultaneously were disappointed upon receiving news of the cancellation.

GHBase.Com checks show that the papers were leaked around midnight on Wednesday.

Even though there have been leakages on several occasions in the past, critics say it is becoming too rampant in the past few years, fearing for the future of students the current educational system is churning out.

And as expected, the West African Examination Council (WAEC) has released an official statement detailing the turnout of events in the exams this last month.

Per the content of the official statement, WAEC affirmed that new dates for the re-write of the cancelled papers’ (Business Management and Physics) would be communicated in due time.

Read the full statement from below: 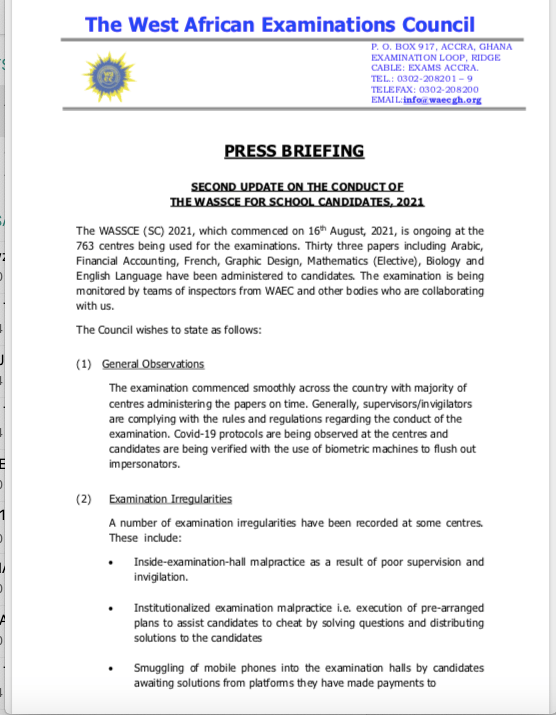 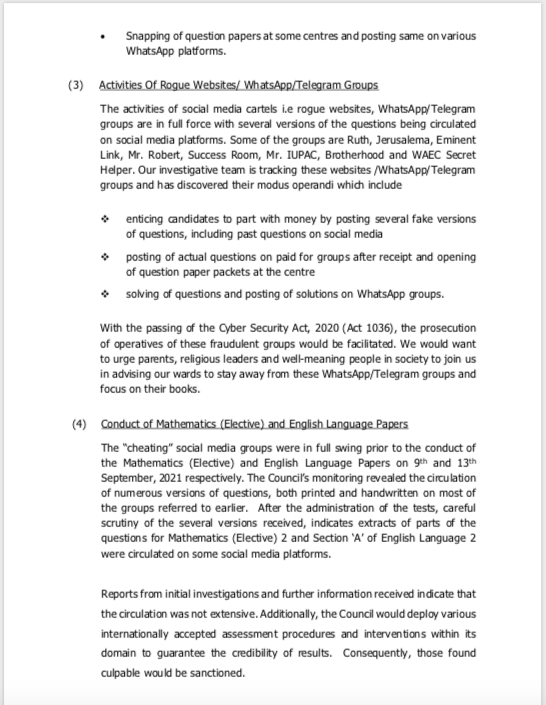 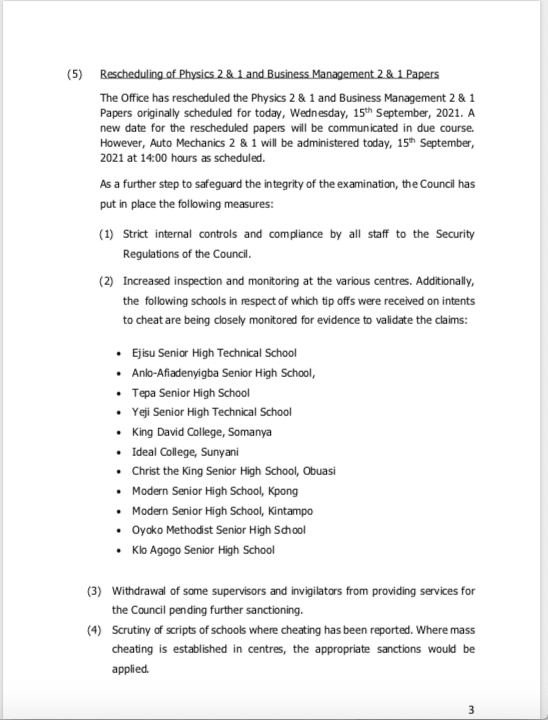