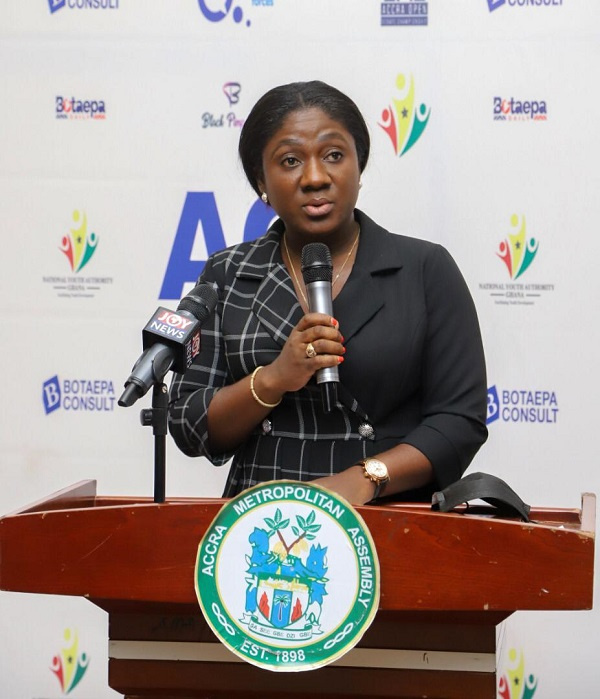 “This House believes that the African States should extend dual citizenship to members of the African Diaspora including the right to vote and contest public office, regardless of the ability to satisfactorily trace their roots.”

After a heated intellectual display of ideas, Elisha Owusu Akyaw from the University of Ghana and Macharia Njuguna from Strathmore University, Kenya together successfully opposed the motion above at the Grand Finale of the prestigious Accra Open Debate Championship at the Accra City Hall on 24th August 2021.

The 7th Accra Open Championship was sponsored by the National Youth Authority of Ghana and attracted debaters and adjudicators from across 15 universities in West, East, and Southern Africa.

The 5-day event begun on 20th August and ended with a spectacular final in the heart of Accra on 24th August 2021. Jacob Garshong and Addo-Obeng Opoku-Agyeman from Kwame Nkrumah University of Science and Technology also emerged winners of the Novice category whilst Jahmai Aikins of the University of Cape Coast took home the Best Public Speaker award.

The annual Accra Open Debate Championship in its 7th edition continued to highlight the core values of pan-Africanism and maintain its essence as the foremost platform for intellectual contests among young people in Africa.

Mrs. Akosua Manu, Deputy Chief Executive Officer of the National Youth Authority and special guest of honour at the grand finale commended the organisers for providing such a platform to enhance youth engagement and capacity building in the country.

She also assured Ghanaian youth of the commitment from the National Youth Authority towards youth development-centered initiatives in the country that are in line with the authority’s goals. 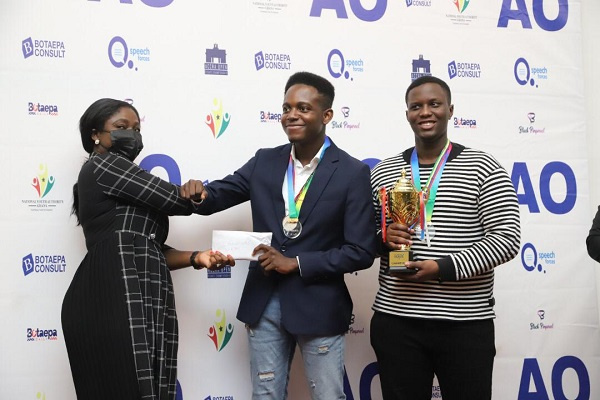 Mrs. Akosua Manu presenting the trophy to the debate winners

Mr. Eric Asamoah Awuah, the founder and Executive Director of Speech Forces, the organisation behind the Accra Open Debate Championship, thanked the National Youth Authority for supporting the event.

He also appealed to Civil Society groups and cooperate Ghana to support initiatives like the Accra Open. He stated that these initiatives are necessary for promoting thoughtful leadership and active citizens in Africa. 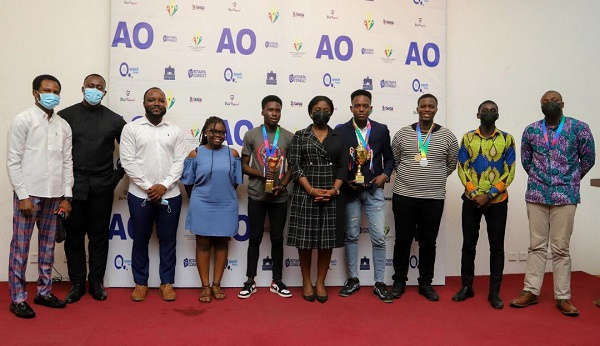 Some of the award winners with the organizers of the championship

Meet the 15-year-old girl whose tears are tiny rocks

Entity Tender Committees must be strengthened to have procurement plan – Prof. Ayee