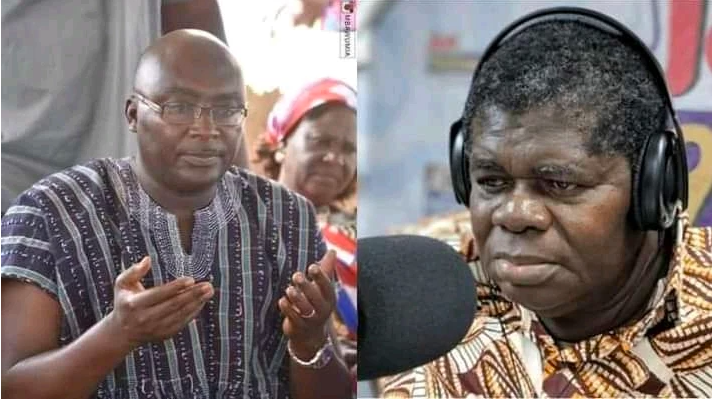 Vice President Mahamudu Bawumia has honored a promise he made to veteran actor Psalm Adjeteyfio yesterday when the actor appealed to the general public to come to his aid.

Dr. Bawumia despite losing his mother this week gave the veteran actor an amount of GHc50,000 with which GHc30,000 will make up for the rent bills whiles the rest will be for his upkeep.

This comes after news circulated that the ‘Taxi Driver’ star popularly known as TT was appealing to the general populace to come to his aid over his rent issues.

However, critical thinking social media users have advised ailing actor Psalm Adjeteyfio (also known as TT) to use his GHC50,000 wisely else he won’t get such an amount when he misuses it.

Thus, some social media users have advised the veteran actor to purchase a house with the money instead of paying rent. “Why don’t he buy a house instead?” Instagram user ‘_miz_dee’ advised.

Some agreed with her, others did not.

“Or get one plot and put up like single room self-contained 2 on it,” user ‘akoko_antwiwaa_obiabanye’ said.

Another user ‘amiraadamu7’ said: “Yes, but sometimes certain places one has lived in may be dear to your heart and leaving immediately wouldn’t be something you so much want to do. The neighbours, friends and even the environment may be a reason to want to live there more regardless of rent issues. Maybe too, a purchase of a new house would be good but moving out suddenly might be quite stressful. Everything is gradual. We may never know there are better things ahead for him.”