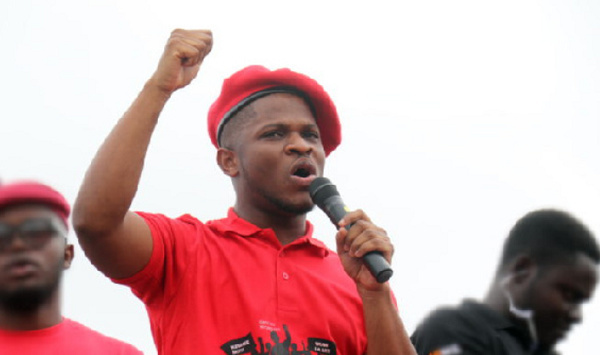 Purchasing of past questions for students shameful – Govt told

Sammy Gyamfi, the National Communication Officer of the National Democratic Congress, has alleged that Rev. Isaac Owusu Bempah of the Glorious Word Power Ministries is being victimized by the government due to his preference of Alan Kyerematen as flagbearer for the New Patriotic Party for the 2024 elections.

Sammy Gyamfi is convinced that the arrest and prosecution of Reverend Owusu Bempah is a punishment for his decision to depart from the government’s position of having Vice President Dr Mahamudu Bawumia lead the party in 2024.

Sammy Gyamfi argued that it takes two to tango, hence it is wrong for the police to apprehend just one party and leave the other.

He stated that the arrest has got nothing to do with the enforcement of the law but rather a caution to Reverend Owusu Bempah to withdraw his support for Alan Kyerematen.

“One prophet is leading Bawumia agenda. Owusu Bempah and his cohorts are also on Alan’s side. It’s all about the power struggle in the NPP. They were looking for a way to deal with him and he brought himself.

“Have you seen one person fighting? He has been charged with disturbing public peace, why did they not arrest the person he was fighting with. Their stories are inaccurate.

“If the IGP says he is a no-nonsense man, he should arrest the persons who assaulted Nanka Bruce. Crime has no expiry date. He should go and arrest those who attacked a court of competent jurisdiction. If (Owusu Bempah) had not joined them and attacked Mahama, he would not have done this to him so if he’ll come back from cells and attack Mahama, it’s on him”.

Fresh reports however today, September 15, 2021, suggest that his bail request has finally been granted by the Accra Circuit Court.

I am just a servant, why do I need siren when there’s no emergency – Senior Police Officer