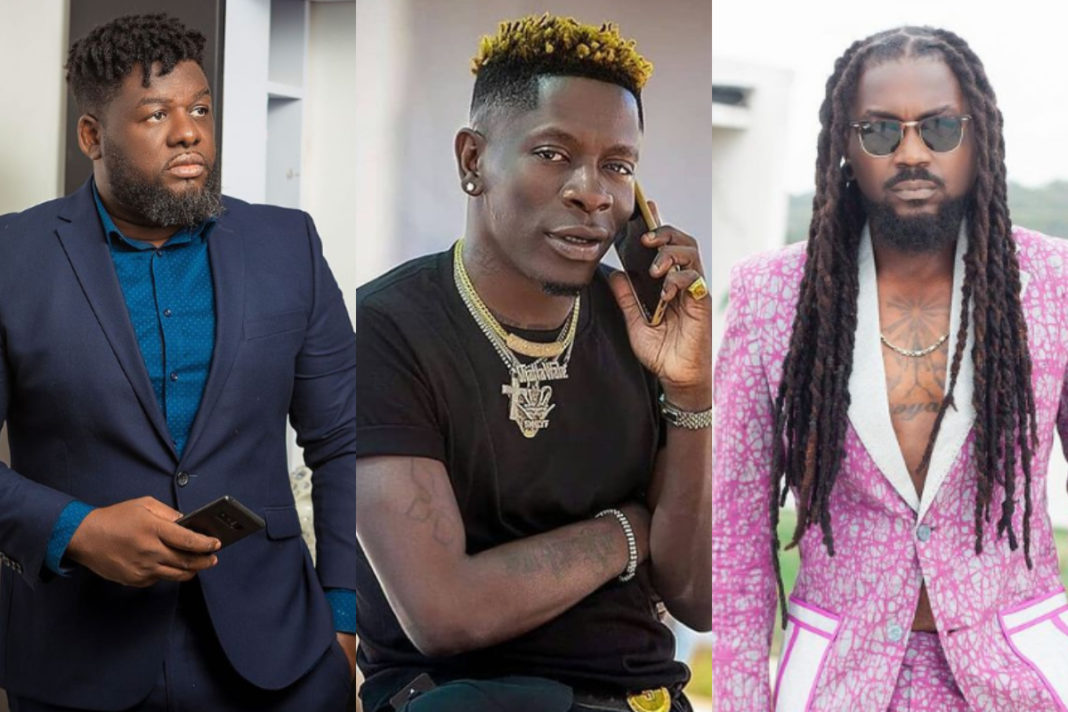 Shatta Wale was recently involved in a serious banter with the CEO 3Music Network, Sadiq Abdulai Abu over some issues regarding the 3Music Awards. Shatta Wale earlier clashed with Sadiq Abu on Hitz FM after the latter described him as ignorant and always makes hollow statements and running in circles. According to Sadiq, it is a shame for someone like Shatta Wale who has been in the industry for a long time not to know how to makes money from streaming platforms.

His comments came after Shatta Wale revealed that he does not know the amount of money he made from his ‘Megyi Wo Girl” tune featuring Sarkodie. According to Shatta, the song was supposed to be one of the biggest hits in Ghana yet, there were not able to cash out as expected.

Also, Shatta Wale revealed that he has won 11 awards from 3Music Awards which he never deserved. He claims that Sadiq intentionally gave him those awards because he was not in good terms with Stonebwoy and Sarkodie.

Well, Samini has also added his voice to the ongoing brouhaha, calling on Shatta Wale to expose the owner of Baze Awards, Bullgod over issues surrounding the award scheme.

Taking to his Twitter, he wrote; Come expose #bulldog too ehh @shattawalegh cus base awards matters Dey ..,

“The Most Money I’ve Gotten From The Movie Industry Was GH₵2,000”-Efia Odo Reveals [Video]