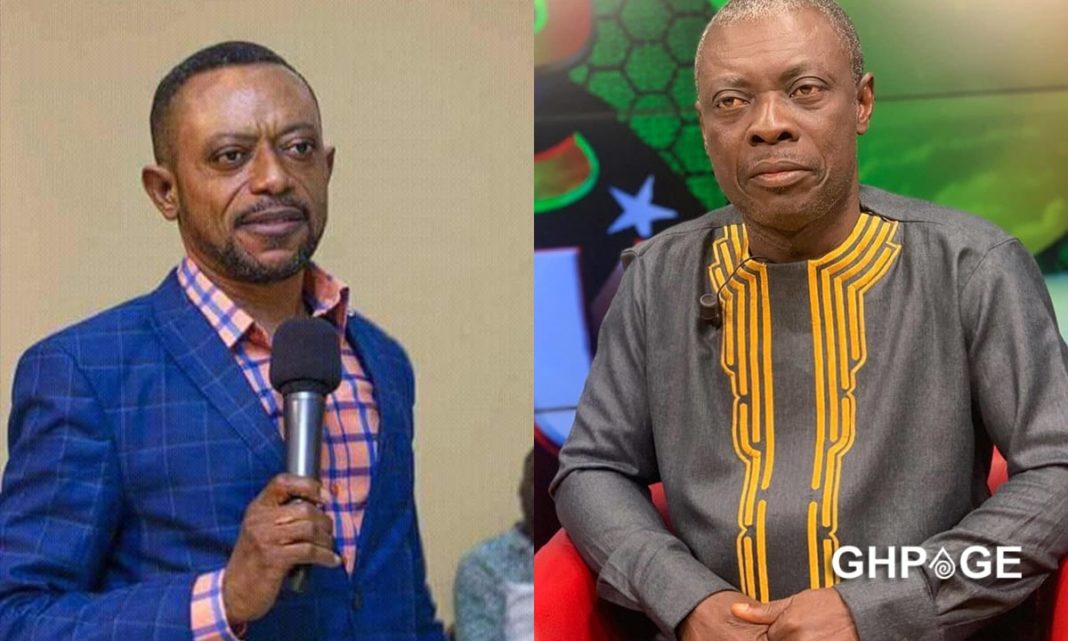 Popular Ghanaian preacher Christian Andrews, well known as Osofo Kyiri Abosom, has lambasted Reverend Isaac Owusu Bempah over his threats and attack on Nana Agradaa that has landed him in police custody.

The Leader of the Life Assembly Worship Center had earlier called on authorities to temper justice with mercy, and at least grant the embattled religious leader bail, amid the charges levelled against him and four others for exhibiting lawlessness.

But speaking to Adom FM on Tuesday, September, 14, Osofo Kyiri Abosom expressed disappointment in Rev. Owusu Bempah after coming across a video of the preacher teaching his members how to bribe security officials and get away with a crime.

Kyiri Abossom, who was taken aback by the video, said the Head pastor of Glorious Word Power Ministries International deserves to be jailed for at least 10 years for brainwashing members of his congregation to be lawbreakers.

“If they sentence him to 10 in prison I will be happy because he is a nation wrecker. He does not offer good counsel and does not have any morals,” said Kyiri Abossom without equivocation.

“It is absurd for a pastor like him to wake up and educate people on how to pay bribes to high ranking officials to evade arrest and conviction for a crime. Is he mentally unstable or what?”

Listen to the full video below.

His comments come on the heels of the arrest of Reverend Isaac Owusu Bempah, Reverend Owusu Bempah and four others on Sunday, September 12, for the circulation of multiple videos containing threats, the brandishing of a weapon and the assault of some police personnel.

They were charged with offensive conduct conducive to breach of peace, the threat of death, and assault of office public officers.

The pastor and his proteges were remanded into police custody by an Accra Circuit Court to reappear on Monday, September 20, 2021, after they spent a day in cells on Sunday.