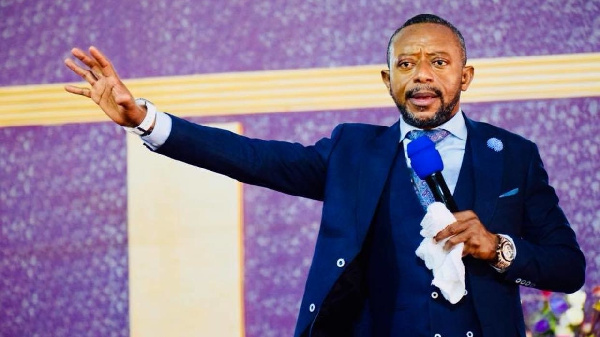 The Glorious Word Power Ministries International (GWPMI) has asked the public to disregard the false interpretation being placed on a video, suggesting that its leader and founder, Apostle Isaac Owusu Bempah, was encouraging the giving of monetary inducement for favours from men in high positions.

The church explained that the statements in the video were “assertions alluding to some generalised misconceptions people have”.

“[Apostle Owusu Bempah] further admonished the congregation [that day] to seek the face of God in their quest to be connected to their helpers and not necessarily through monetary inducements.”

These were contained in a statement issued by the church on Tuesday, September 14, a day after the popular man of God was remanded in police custody.

He had been arrested on Sunday for offensive conduct conducive to breach of peace, the threat of death, and assault of office public officers.

He was arraigned at an Accra Circuit Court on those charges but he pleaded not guilty.

Nonetheless, he was denied bail and was remanded in police custody by Her Honour, Afia Owusuaa Appiah.

“We would like to confirm that Apostle Dr Isaac Owusu Bempah and the 4 others in the custody of the police are doing very well and assisting in investigations,” GWPMI said in the statement.

“We acknowledge the show of concern and counsel from the Clergy, Christian fraternity and the general public.

“We, therefore, urge all and sundry to remain calm, trust the Lord and let the law take its course.”

The case was adjourned to Monday, September 20.