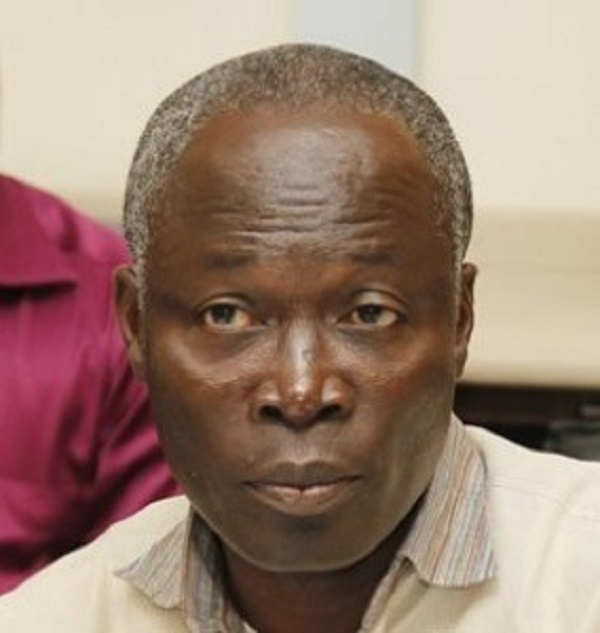 • He says the Black Stars retrogressed under Akonnor; adding that there was no way Ghana could have qualified for the World Cup

Edwin Nii Lante Vanderpuye, a Minister for Youth and Sports under the Mahama administrations, believes the sacking of CK Akonnor as head coach of the Black Stars is good riddance.

According to him, Akonnor and his technical team had been unconvincing with their output as technical handlers of the team.

The former Sports Minister believes the Black Stars’ performance declined under Akonnor and that firing him was a step in the right direction.

Nii Lante thinks that Ghana’s 2022 World Cup dream would have been shattered had Akonnor continued as head coach of the team.

“I was not surprised to hear C.K. Akonnor fired. Just last week I was on air and said that if I were in charge, I would have asked the entire technical team to resign. Looking at their performance, there was no way we would have qualified for the world cup.”

A three-member committee led by Randy Abbey has been tasked to find Ghana a coach within 72 hours as the Black Stars have barely three weeks to prepare for their next assignment.

Nii Lante Vanderpuye however believes that the period for the search of a technical head for the Black Stars is short as more time is needed for such a major decision.

He holds that time and loads of considerations ought to be done to ensure that the next coach will deliver the World Cup bid and also steer the team in the right direction.

“We need to take our time and find a new coach. There need to be several considerations before making such a decision. We can even find an interim coach, someone with the needed expertise to help us make it to the World Cup, then we take our time to find a substantive coach.”

The Member of Parliament for Ododiodioo constituency also touched on the impact of the Number12 documentary.

He noted that not much has changed since the exit of Kwesi Nyantakyi and his cohorts.

“Especially with the management of our national teams. The change will not come from an individual or personality. Changing the GFA president doesn’t change anything.”

“The change we are seeking will stem from a change in the structure and institution. The problem we have as a country is about planning, especially when it comes to leadership. We cannot plant cassava and harvest plantain. If we fail to plan, we plan to fail. We should have a long-term plan for sports as a nation. We do not even have a structured sports programme in schools. Assuming we do not have the likes of Dede Ayew in the coming days, what are we going to do? Have we planned enough?”