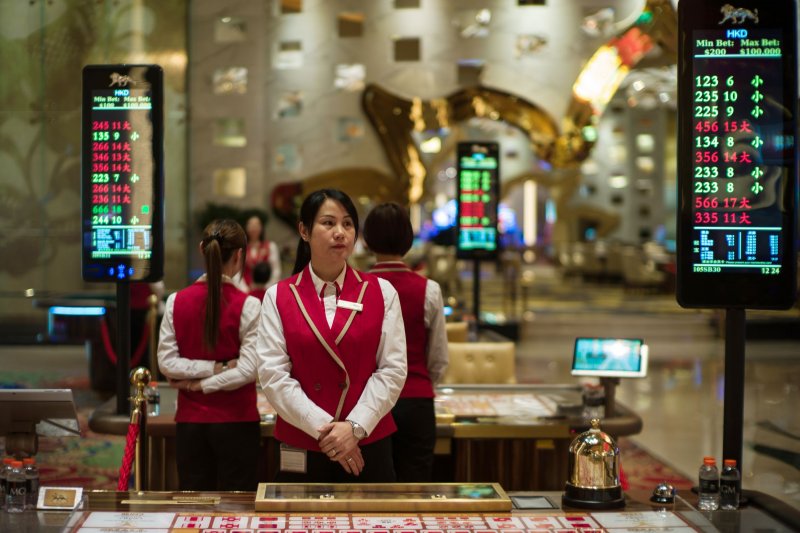 Sept. 15 (UPI) — Casinos in the Chinese territory of Macao, which has long been one of the world’s largest gambling hubs, lost billions in value on Wednesday after Beijing started a special review period that may lead to tighter controls of the gaming industry there.

Shares of Macao casino operators plummeted in early trading and analysts said the total overall loss approached a combined $20 billion. Shares of Wynn Macao and Sands China lost about 30% each at one point on Wednesday.

The decline in value came one day after Macao economy minister Lei Wai Nong announced that a consultation period would begin Wednesday to examine deficiencies in casino supervision in the Chinese special administrative region.

Regulators are expected to evaluate how many gaming licenses can be granted, the length of their terms and the depth of government involvement.

The announcement was a surprise for casinos that operate in China’s only territory where gambling is legal.

“The casino issues are a continuation of what’s been a pretty big crackdown,” said Jason Ader, CEO of New York-based investment manager SpringOwl Asset Management, according to Bloomberg.

Macao has seen tightened security in recent years as officials sought to target illicit cash flows from China. Earlier this summer, China doubled the number of inspectors in the territory and scaled up supervision.

Beijing has increasingly cracked down recently on certain aspects of society, instituting new regulations for things like video games for children and tighter controls for major tech companies.

The potential new regulations also come at a time when Macao is experiencing a decline in tourism due mainly to restrictions related to COVID-19.