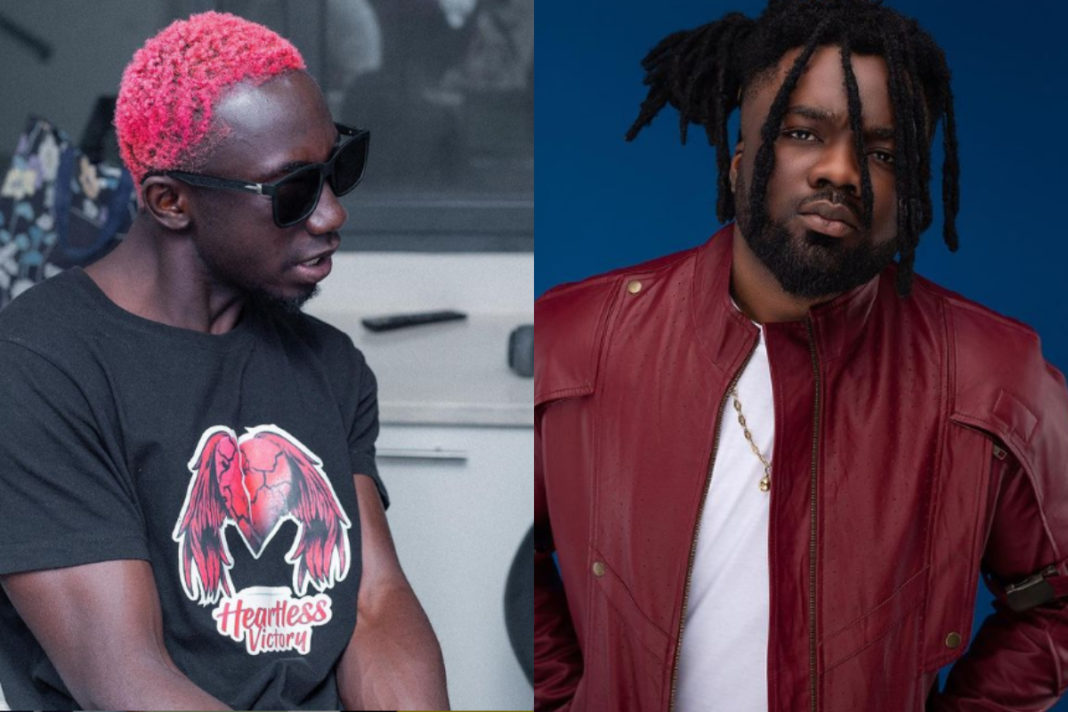 Ghanaian singer, Lord Paper has finally come out to explain his reasons for taking Bosom P-Yung’s verse off his “Skin Pain” song and recruiting Mr. Drew.

READ ALSO: Police Apologizes To Journalists Who Were Assaulted By Owusu Bempah’s Bodyguards

Recall, the two were involved in a serious argument on Twitter after Bosom P-Yung expressed his displeasure in Lord Paper for taking his verse off his song with his knowledge.

According to him, Lord Paper should have informed him and stated reasons why he took his verse off before doing so but instead, he recruited another artist on the project.

In response to that, Lord Paper clapped back at Bosom by saying the latter could have reached out to him personally for matters to be settled amicably and for a better explanation but instead, he decided to register his sentiments on social media just for social media clout.

Lord Paper explained himself on Abeiku Santana’s drive time show on Okay FM, saying he removed Bosom P-Yung from the song since he did not show up on the final day when the record was to be corrected before being mastered.

“I called Bosom P-Yung around 1 pm to inform him about the development and he told me he was on his way. We left the studio at 9 pm and he had not shown up. I was expecting a call from him to explain why he did not make it but it never happened.”

He also revealed that Bosom P-Yung attacked him at a lounge since his social media approach did not work, adding that his manager made up excuses for him, saying that the latter is under depression, thus his violent behavior.

However, he revealed that he has not pressed any charges against Bosom P-Yung because their respective managers are solving issues behind closed doors.