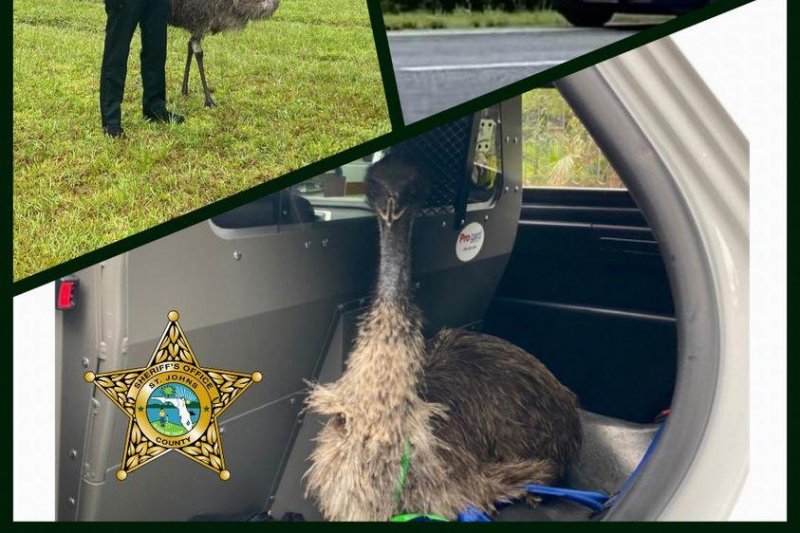 Sept. 15 (UPI) — A Florida sheriff’s office said deputies responded to an “interesting call for service” when an escaped emu wandered into a resident’s yard.

The St. Johns County Sheriff’s Office said in a Facebook post that “dispatch received an interesting call for service” from a resident who spotted a loose emu wandering in their front yard.

Patrol deputies responded to the scene and were able to safely wrangle the emu and identify the large Australian bird’s owner.

“The emu was transported without incident and reunited with his emu family,” the post said.