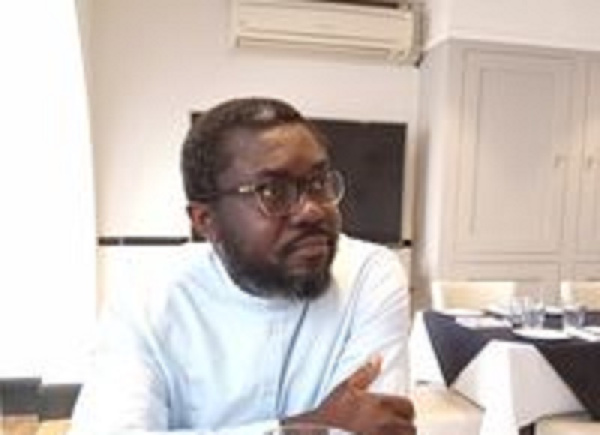 One of the lead conveners of the Fix The Country Movement, Lawyer Oliver, has charged the people of Santrofi, Apkafu, Likpe, and Lolobi to embark on some actions to register their displeasure over their lack of representation in Parliament.

In a Facebook post sighted by GhanaWeb, the lawyer charged the youth of the area to lock up offices of the Ghana Revenue Authority while asking the entire population to refuse committing to their tax obligations.

“The Youth of SALL should go and lock up all GRA offices. GRA registered businesses should stop collecting VAT. People should stop paying tax. No Representation, No Taxation!” he wrote

The people of SALL have been without representation in Ghana’s Eight Parliament since its inception on January 7, 2021.

This is because the Commission did not hold parliamentary elections in the area during the 2020 elections.

The people of SALL successfully filed an ex parte injunction to against the swearing-in of the Member of Parliament for Hohoe, John Peter Amewu on December 23, 2020.

The appeal to overturn the High Court’s decision was led by the current Attorney General and Minister for Justice, Godfred Yeboah Dame.

In a subsequent post made by Lawyer Vormawor on his page, he has described the AG as a pretentious person who is only interested in fighting for the course of his political party.

“Our Attorney-General has been the most disappointing I have seen in any of Ghana’s democracies. So much talent, so little virtue.

“He the Attorney General has joined Achimota School to appeal the Rastagate decision. Why? To stop a minor from school?

“Your Attorney-General, the same one who blocked #FixTheCountry for a long time through their Courts from demonstrating.

“The same Attorney-General who brought an application to dismiss the SALL suit. Yet went to Parliament to promise to do something to restore SALL’s right to vote but never did,” portions of his post criticizing the Attorney General read.