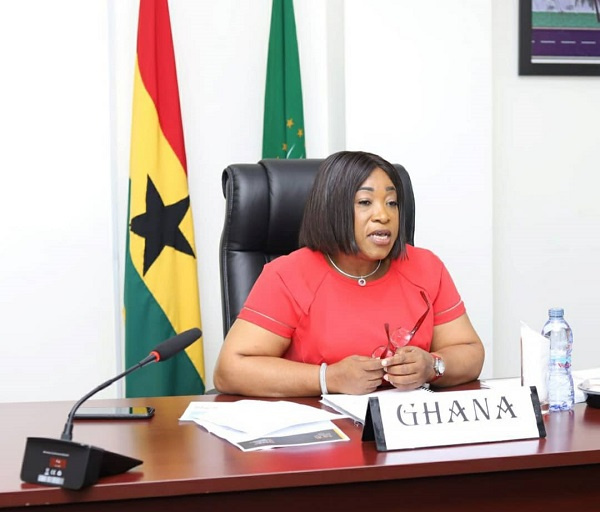 Ghana’s Foreign Affairs Minister Shirley Ayorkor Botchwey has disclosed that before the constitutional review by now-ousted Guinean President Alpha Conde, there were several engagements between him and the Community of West African States (ECOWAS), but he was adamant.

Speaking at a press conference on Wednesday, September 15, 2021, the Minister said a delegation from the sub-regional body was in intense deliberation with the Guinean President during the amendment of the Guinean Constitution, but the meeting was not fruitful.

“What you see from the outside is that everybody was relaxed, but that is not the case. There is a lot of engagement that goes on,” the Minister said.

The Minister, who doubles as the Chairperson of the ECOWAS Council of Ministers, further disclosed that the bloc did its best to protect the people’s interest during the constitutional referendum and its related process.

Some critics have slammed ECOWAS for failing to intervene when the ousted President amended the constitution.

But the Minister says efforts were made when the ousted President took steps to review the constitution.

Her comments come ahead of an ECOWAS Extraordinary Summit on the Guinea impasse scheduled for Thursday, September 16.

She said the claims that ECOWAS sat unconcerned are misleading.

“ECOWAS could not have or did not sit aloof and watch this happen.”

“We engaged, and I was even part of delegations that went there, sent by heads of state to engage with all stakeholders and to try and stop this… unfortunately, it did not happen,” she told journalists at the Information Ministry.