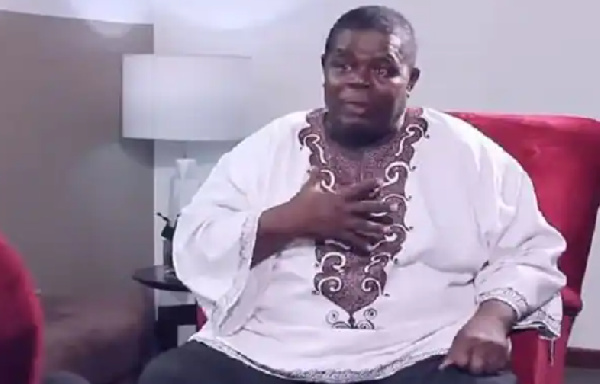 • He currently survives on the benevolence of others

It can be recalled that a sum of GH¢50, 000 was presented on behalf of the Vice President to the actor to foot his accommodation bills and upkeep.

This was after the Taxi Driver TV series actor, in a viral interview, appealed for ¢3,000 to enable him to pay his rent or risk being evicted.

But expressing his immense gratitude towards the gesture which he has described as ‘touching’, TT in a viral social media video said;

“Mr vice president I am really really honored. Tears don’t come to me easily but in such situations before I realize the tears will roll down. So please if you see that the tears are rolling down, I’m sorry. I really really am. I don’t know what to say. I thank you so much. I really thank you,” he said as he shed tears.

The renowned veteran actor who is currently on retirement revealed that after years of his acting, he has nothing to show for it and now survives on the benevolence of others.

VIDEO: ‘I Want To Be A Firefighter’