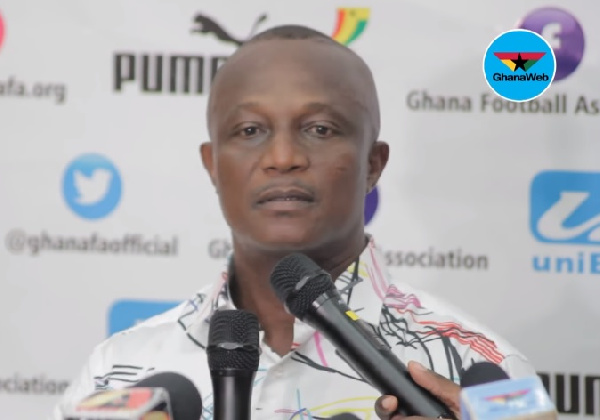 Former Ghana head coach Charles Akonnor has given special thanks to predecessor James Kwasi Appiah after getting the sack on Monday.

Akonnor’s reign as Black Stars boss came to an end after 21 months following a series of poor results, including a 1-0 loss to South Africa in the 2022 World Cup qualifiers last week.

He was handed the Ghana job in January last year, replacing Appiah who guided the team to the 2019 Africa Cup of Nations tournament.

“I’m grateful to HE President Nana Addo Dankwa Akufo-Addo, the Sports Ministry, my former boss Kwasi Appiah, the leadership of the GFA, colleagues I worked with, players and Ghanaians for the opportunity to serve. Wishing the team all the best. Thank you, Ghana,” Akonnor posted on his official Twitter account on Tuesday.

Akonnor led Ghana for 10 matches during his tenure, winning only four of the fixtures. Four other games ended in defeat while two matches ended in draws.

According to the Ghana Football Association on Monday, a new coach is expected to be appointed in the next 72 hours.

“We are having a problem because we are not developing our coaches. The FA doesn’t have any criteria for the development processes,” 1978 Africa Cup of Nations winner with Ghana, Mohammed Polo, has told Otec FM.

“Who is coming on board if we decide to go in for another local coach?

“We have something to tell them [GFA] should they bring in any foreign coach and he fails. You should empower your local coaches. We need to go deeper, what is happening goes deeper than what we are seeing.”

The Ghana new coach’s first task will be to lead the Black Stars into a World Cup qualifying double-header against Zimbabwe next month.

“Instead Of Using His Situation As A Lesson, You Are Showing Your Ignorance”-Netizen Slams DKB Following His Advice To T.T