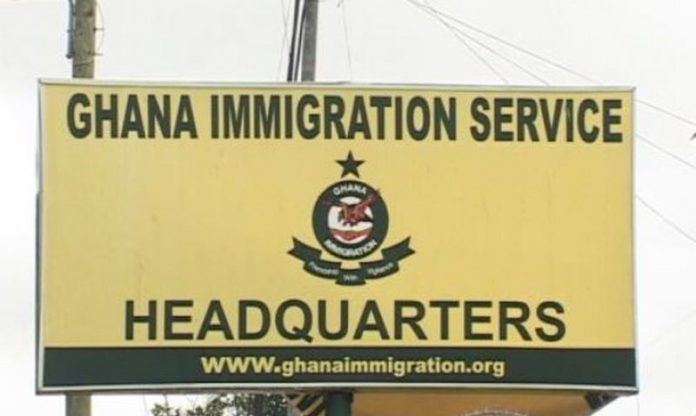 The Ghana Immigration Service (GIS) has revealed that its patrol team prevented nine Ghanaians from exiting the country to Burkina Faso, through unapproved routes.

In a press release, signed by Inspector Ibn Yussif Duranah Abdul-Mumin Seidu, the GIS said the culprits, four males and five females, were informed about the Presidential directive on the closure of land borders, aimed at combating Covid-19 and educated them on the dangers of using unapproved routes to and from Ghana.

Also, 11 Burkinabes and a female Malian, who were coming into Ghana through unapproved routes, were refused entry into the country.

“The vision of the Regional Commander is to make undocumented migration unattractive,” part of the statement read.