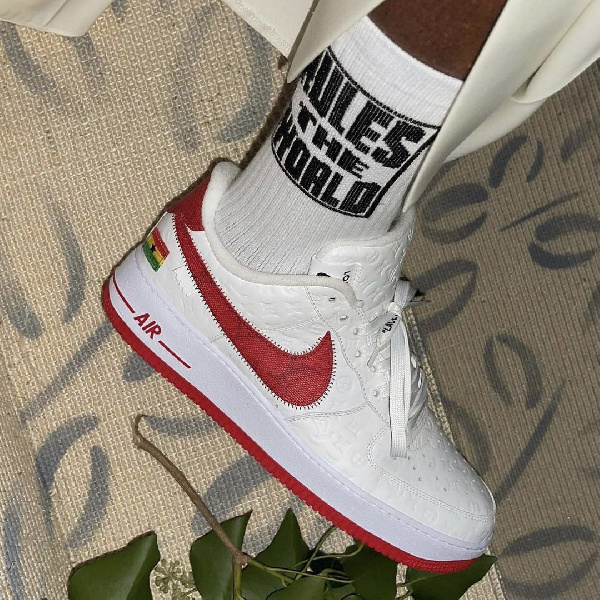 Ghana’s national flag made its way to one of the biggest and star-studded events in the world, the 2021 Met Gala held at the Metropolitan Museum of Art in New York on Monday.

The West African country had its flag being featured by one of its natives; award-winning fashion designer, Virgil Abloh who is the founder of fashion brand Off-White and the artistic director of Louis Vuitton’s menswear collection.

Appearing on the night, draped in white suit and pants, Abloh whose parents are Ghanaians, rocked a version of his upcoming Luis Vuitton and Off-White Air Force One sneaker which had the national flag of Ghana embossed on the heel counter.

Images of Abloh and his sneaker shared by Nice Kicks on Twitter has seen several Ghanaians share their excitement about the feature of their national flag at the acclaimed annual event.

The Met Gala – one of fashion’s biggest and starriest events – rolled out its red carpet in New York for some of the planet’s best-known celebrities.

Held to raise funds for the Metropolitan Museum of Art’s Costume Institute, the Gala returned after being cancelled last year due to the coronavirus pandemic.

This year’s costume theme is In America: A Lexicon of Fashion” – and the looks were inspired by everything from the Matrix film franchise to the Statue of Liberty.

Abloh, a guru in the fashion world was one of the many stars who turned up for this year’s event.

He founded Off-White, a multi-million dollar fashion brand in 2013. He is now the artistic director of Louis Vuitton’s menswear collection.