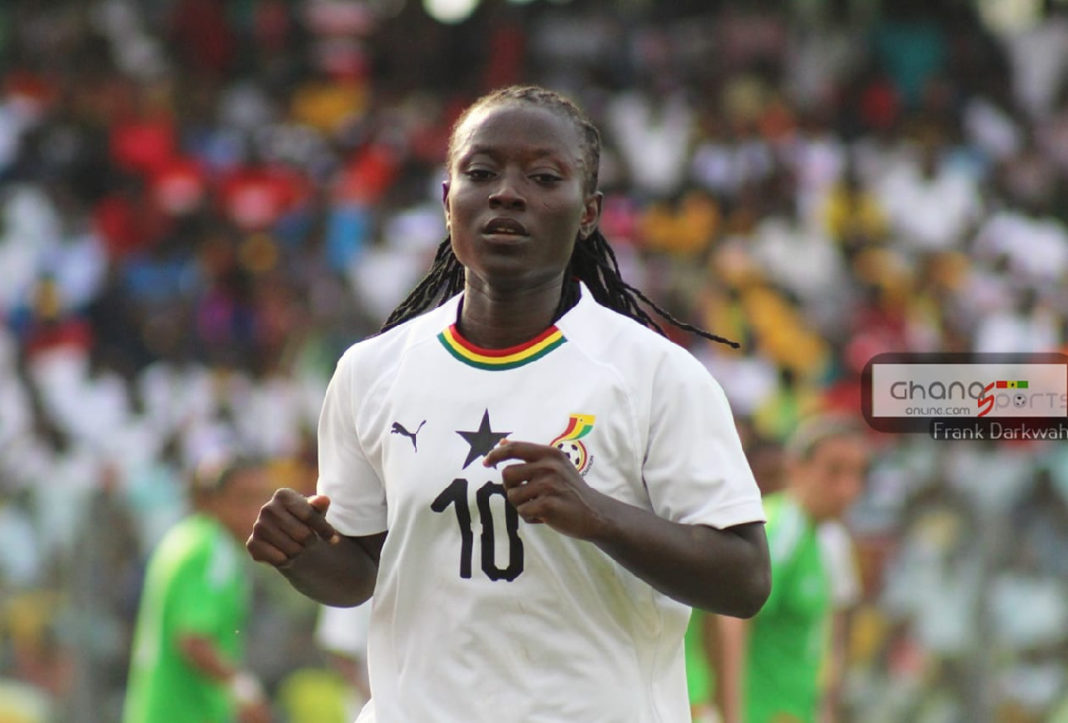 The Djurgårdens IF forward was omitted from the Black Queens squad for the Aisha Buhari tournament after criticizing the GFA on the lack of friendly games for the team ahead of their 2022 AFCON qualifier against the Super Eagles of Nigeria.

Elizabeth Addo who was initially named in the squad for pre-tournament camping was dropped when the final list was released.

Her omission from the squad has been explained by the GFA Spokesperson Henry Asante Twum as failing to channel her concerns to the appropriate quarters.

“I saw Elizabeth Addo’s tweet and I think we need to educate our sportsmen and Women on terms of engagement,” Henry Asante Twum said on Starr FM.

“Imagine Henry Asante wakes up one morning and writes a distasteful comment about the organization you work with. It doesn’t work anywhere.

“I don’t think the coach of the Black Queens, the General Secretary will repel the opinion of the captain of the Queens if she had made it formal, but go to the public is gross disrespect. It’s different she did it formally and she was ignored,” he ended.

The Aisha Buhari tournament is scheduled for September 15 to 21 in Lagos, Nigeria.

Ghana have been drawn in Group B alongside the Indomitable Lioness of Cameroon and the Banyana Banyana of South Africa.

My Turn Beans? – Ogidi Brown Quizzes Fans As They Start To Commend Him For Comedy Skills » ™