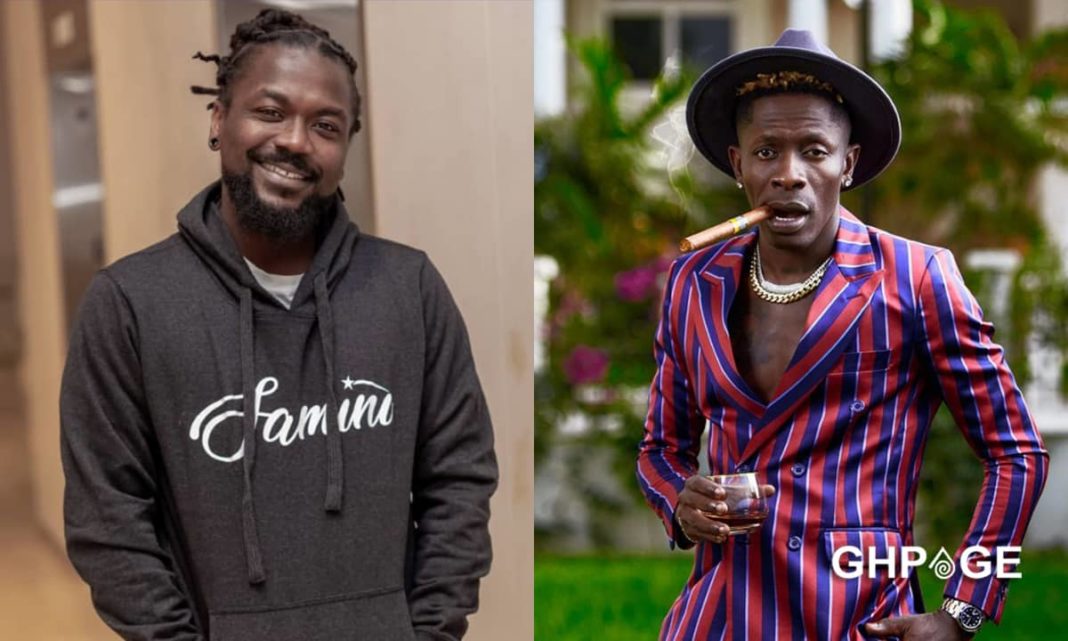 Samini has called out Shatta Wale over alleged bribes he pays to award organisers to receive plaques he did not deserve or legitimately win.

The High-Grade Family boss took to Twitter Tuesday morning to lash out at his arch-rival for occasionally denigrating everyone who crosses his path to seemingly appear as the best in the entertainment industry.

Samini, who threatened to expose the dirty secrets of Shatta Wale, claimed that the dancehall artiste paid monies to win his BASS Awards, adding that he desperately pays his way out of almost everything just to be at the top.

He wrote: “Life! You want to tarnish everyone’s image to elevate yours lol! Tell them about your base awards and all the other fake behind closed doors accolades y’all take just to get closer to authentic legacies. Why didn’t you reject them Mr FAKE revolutionary pah pah

In a series of Tweets sighted by GHPage.com, the ‘My Own’ hitmaker slammed Shatta Wale and also described him as fake.

Samini also alleged that the self-acclaimed richest Ghanaian artiste scams big men for money and will expose him.

He also made some serious allegations against Shatta Wale in regards to some awards he received.

Samini further dared Shatta Wale to release a hit song, adding that he (Shatta) is struggling to get a hit track.